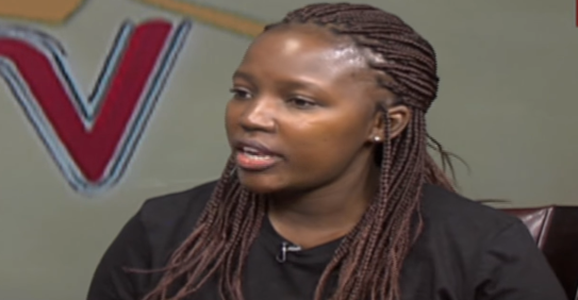 In one of the major shakeups in the ride-hailing firm, Julian Byamugisha — who has been the company’s city manager for Kampala — is being reassigned to “head of Taxify Uganda market.”

It should be recalled that Byamugisha was Taxify Uganda’s head of operations from December 2017 to August 2018, according to her LinkedIn profile.

In August, she was named Taxify city manager for Kampala. Just five months into that position, the post has been declared vacant.

So, why is Taxify reallocating Julian Byamugisha her original title?

According to Shivachi Muleji, the regional manager for Taxify East Africa, the company has extensively grown since its launch in Uganda and they’re now hiring more people to sustain the growth rate.

In our email exchange with Muleji, we asked him: Why is Taxify recruiting for a city manager when you already have Julian Byamugisha?

He replied: “We have grown rapidly since we first launched in Uganda in November 2017 and are hiring additional team members. Julian remains the head of the Taxify Uganda Market.”

But, back to Byamugisha’s reassignment: If you’ve been following the goings-on in the ride-hailing industry in Kampala, Taxify Uganda has recently come under fire, with the majority of users observing that its services have dramatically sunk.

Must read: Why is Taxify becoming the most hated ride-hailing app in Uganda?

While we can’t say that Julian Byamugisha is being replaced because she didn’t deliver, looking at the duties of a city manager in the company could give you perspective on why Taxify decided to hunt for a new person for the job, especially under the current hard times the company is facing in Kampala.

Below are the duties of the city manager at Taxify Uganda as per the job advert:

– Develop strategic business partnerships with various stakeholders of the city

– Have close interaction with government officials at council and state level

– Analyse big sets of data to understand our supply/demand dynamics

– Help us with the expansion process to other Eastern African markets

Criticism directed at Taxify has been majorly about the decline in morals of drivers, a poor communication system at the company, drivers have protested against their bosses among others.

From the above responsibilities, you can clearly see that the company is looking for an individual to address such challenges.

The position is still open to applicants, you can apply if you are interested.

Meanwhile, we had an exchange with Taxify officials on what they’re planning to salvage the company’s dropping reputation in Uganda; we shall be publishing it soon. Watch this space.