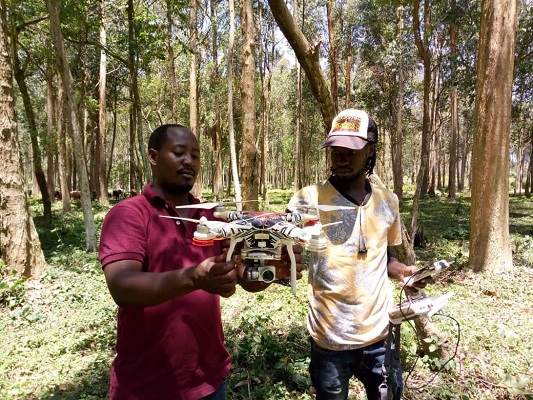 Jaguza Tech Uganda founder Ronald Katamba is among a few African founders that have been picked to present their projects to thousands of agriculture technology leaders that will attend The World Agri-Tech Innovation Summit.

With a team of young developers, they have developed a couple systems including Jaguza Livestock App which is used in monitoring and diagnosing early stages of diseases in animals, using sensor technology, and locate the whereabouts of animals in a given area using GPS, or Global Positioning System trackers.

Working with local farmers, Ronald Katamba is in the early stages of incorporating machine learning, artificial intelligence and internet of things into his Jaguza Tech innovations.

Drones are currently being used to perform a number of activities on farms; for instance, Jaguza created a chip, an RFID tag, that’s put on a cow’s ear so that, using a drone, a farmer can count his cows or locate them when they hide or are being stolen.

This can also help farmers monitor sick animals or those that are almost giving birth.

In turn, this will not only save farmers a lot of time, but it will also ensure that the animals have a healthy lifestyle, which is exactly what is desired by everyone. #JaguzaLivestockApp pic.twitter.com/8qpszUW1R8

Previously, farmers have been using hand-held devices to verify that all their cows are present as they enter the kraal in the evening, which was tiresome and time-consuming.

Tools like IDA, or “Intelligent Dairy Farmer’s Assistant,” have also been developed to use motion-sensing technology to transmit a cow’s movements to a program driven by Artificial Intelligence. (The device is attached to a cow’s neck).

The sensor data, when aligned repeatedly with real-world behavior, eventually allow IDA to tell from data alone when a cow is chewing the cud, lying down, walking, drinking or eating.

Those indicators can predict whether a particular cow is ill, has become less productive, or is ready to breed – alerting the farmer to changes in behavior that might otherwise be easily missed.

The World Agri-Tech Innovation Summit is an international conference, networking, and deal-making event for agribusinesses, solution providers, entrepreneurs, and investors.

The goal of the Summit is to accelerate the commercialization of advanced agricultural technologies by generating global partnerships and collaborations.

Some of the key topics to be discussed will focus on how artificial intelligence and machine learning can be applied in soil monitoring and predictive analytics address the challenges in agriculture including labor shortages and pest and diseases.

Ronald Katamba is strengthening IoT, soft skilling base in Uganda