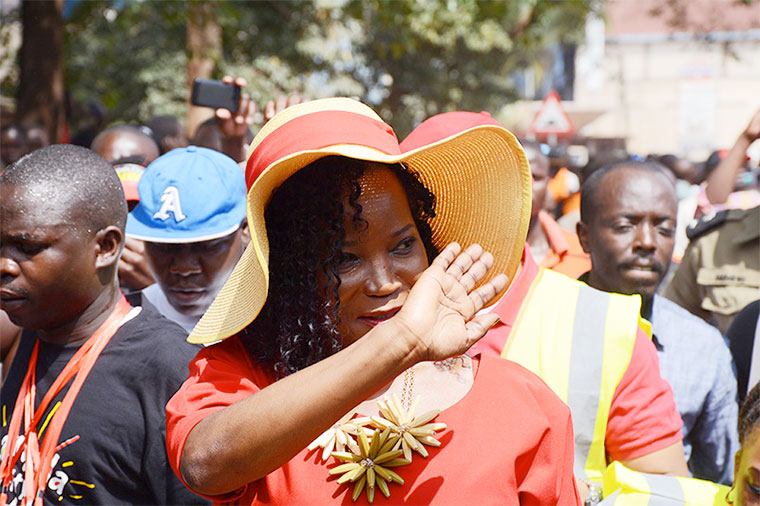 Kampala Capital City Authority (KCCA) has deleted two terms and conditions that had been set for competitors that will be participating in its innovation competition, after coming under acute fire from tweeps who lashed out at the Authority for using the project to exploit innovators.

Dubbed Technology Innovations Competition, the project will see students and graduates face off for a yet to be named amount of cash, and KCCA wants them to pitch innovations that will improve citizens’ reporting on services in their areas.

In a short statement on its website, KCCA walked the intending participants through some of the things they need to consider before submitting their applications.

But there are sections under the terms and conditions that some of the readers didn’t agree with, sparking off an uproar on social media, especially Twitter. And these were conditions 7 and 8.

Read number 7: “KCCA requires that upon award of these prizes the owners transfer to KCCA the entire right, title, and interest in and to said Innovation, and any patent and patent applications deriving therefrom for any such innovation,” then number 8 went on, “KCCA reserves the right to fully develop and use the innovations for which cash prizes have been given to the owners.”

When on the morning of Saturday Paul Mugume, a social media manager at Africell, tweeted about what many had seen as rip-off terms and conditions, he said KCCA “just wants cheap labor to develop a system for them.”

.@KCCAUG just wants cheap labour to develop a system for them.

In response, the seemingly unbothered KCCA said: “Hi Paul, taking part is by choice.” And this could have struck many as a genuine and candid response since no one was being forced to participate. But not everyone appreciated the response, judging by Jude Mugabi’s response: “Stupidity & Arrogance in a few words.”

Many other tweeps hurled barbs at the Authority, including Moris Atwine who has participated in multiple innovation competitions and KCCA eventually bowed to pressure and deleted the terms.

Only @Samwyri will always tell you not to go for awards.

Sometimes I will agree with him but not always but here we’re on another episode of working hard for the big fish, just have a look at No. 7!

Uganda has the craziest kind of recognitions indeed ??? pic.twitter.com/wRUxvB8iDX

So if you transfer those innovations or rights are they even capable of developing or maintaining them.

That’s just promotion of hackathon based solutions and after the competition the ‘product’ dies.

KCCA is offering awards to #innovators, but this might shock you!

@KCCAUG should we call this broad day light theft? You want someone to submit an idea and then derive them of their rights to enjoy the fruits of this idea.
This is such a shame. https://t.co/OYyqkF6dFZ

Plan to roll out Uber Eats in Uganda underway