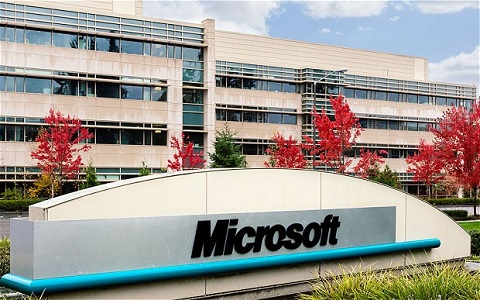 Ugandan innovator Ketty Adoch is among the eleven “changemakers” that have been selected to receive Microsoft and National Geographic AI for Earth Innovation Grants to apply artificial intelligence (AI) to help understand and protect the planet.

According to a joint statement issued by the two organizations, each AI for Earth Innovation Grant recipient will be awarded between $45,000(Shs166 million) and $200,000 (Shs740 million) to support their innovative projects.

The joint statement says 200 applicants had applied for this huge grant. It adds that most of the projects submitted were “high caliber”, prompting Microsoft and National Geographic to increase the funding for the 11 chosen projects from the initially planned $1 million to more than $1.28 million.

The diverse group hails from around the globe, originating from six countries and working in eight regions across five continents.

“The National Geographic Society is committed to achieving a planet in balance, and in joining forces with Microsoft on the AI for Earth Innovation Grant program, we are providing incredible potential to drive fundamental change through our unique combination of expertise in conservation, computer science, capacity building and public engagement,” said Jonathan Baillie, executive vice president and chief scientist of the Society.

“We look forward to seeing these talented individuals create solutions to some of the most challenging environmental issues of the 21st century using the most advanced technologies available today.”

Apart from Ketty Adoch, another project by Torsten Bondo, which uses machine learning and satellites to support irrigation development and improve crop water efficiency in Uganda together with the Ugandan geo-information company Geo Gecko, was also picked for the grant.

Bondo is a business development manager and senior remote sensing engineer at DHI GRAS in Denmark.

The grant recipients and their project members will have the funds, computing power, and technical support to advance exploration and discover new environmental solutions in the following core areas: sustainable agriculture, biodiversity, climate change and water.

The other AI for Earth Innovation Grant recipients that were unveiled at National Geographic headquarters in Washington, D.C. are:

Kelly Caylor: Director of the Earth Research Institute and professor of ecohydrology in the Department of Geography and in the Bren School of Environmental Science and Management at the University of California, Santa Barbara.

His team will use the AI for Earth Innovation Grant to help produce an online web map and geospatial analysis tools that will improve estimates of agricultural land use change and groundwater use.

Joseph Cook: Polar scientist from the United Kingdom. With his AI for Earth Innovation Grant, he aims to develop new tools that use modern techniques of machine learning and drone and satellite technology to explore the changing cryosphere.

Gretchen Daily: Co-founder and faculty director of the Natural Capital Project, based at Stanford University in Stanford, California.

With this AI for Earth Innovation Grant, her team will develop a way of detecting dams and reservoirs around the world — most of which are hidden today, in digital terms — to quantify their impact and dependence on nature and guide investments in green growth that secure both people and the biosphere.

Stephanie Dolrenry: Director of Wildlife Guardians, based in Washington, D.C. Her team will use the AI for Earth Innovation Grant to help support the Lion Identification Network of Collaborators, an AI-assisted collaborative database for lion identification and interorganizational research.

Africa Flores: Research scientist at the Earth System Science Center at the University of Alabama in Huntsville and originally from Guatemala.

Her AI for Earth Innovation Grant project will focus on developing a prototype of a harmful algal bloom (HAB) early warning system to inform Guatemalan authorities about upcoming HAB events in Lake Atitlan, a landmark of Guatemala’s biodiversity and culture.

Solomon Hsiang: Chancellor’s associate professor of public policy at the University of California, Berkeley, where he founded and directs the Global Policy Laboratory.

With this AI for Earth Innovation Grant, his team will use 1.6 million historical aerial photographs to discern the effect of major droughts and climate change on human migration in Africa.

Holger Klinck: Director of the Cornell Lab’s Bioacoustics Research Program in Ithaca, New York. His team will use the AI for Earth Innovation Grant to develop a machine-learning algorithm for detecting and classifying the songs of insects in tropical rainforests to monitor species composition and spatial distribution, information that is critical for monitoring ecosystem health.

Justin Kitzes: Assistant professor in the Department of Biological Sciences at the University of Pittsburgh in Pennsylvania.

With this AI for Earth Innovation Grant, he aims to develop the first free, open source models to allow academic researchers as well as agency, nonprofit and citizen scientists to identify bird songs in acoustic field recordings, with the goal of radically increasing global data collection on bird populations.

Heather J. Lynch: Quantitative ecologist and associate professor jointly appointed in the Department of Ecology and Evolution and in the Institute for Advanced Computational Science at Stony Brook University in New York.

The AI for Earth Innovation Grant program will provide award recipients with financial support, access to Microsoft Azure and AI tools, inclusion in the National Geographic Explorer community, and affiliation with National Geographic Labs, an initiative launched by National Geographic to accelerate transformative change and exponential solutions to the world’s biggest challenges by harnessing data, technology and innovation.

The grants will support the creation and deployment of open source trained models and algorithms so they are available to other environmental researchers and innovators, and thereby have the potential to provide exponential global impact.

The AI for Earth Innovation Grant program builds upon Microsoft’s AI for Earth program, which counts as grantees nearly 200 individuals and organizations on all seven continents, and the National Geographic Society’s 130-year history of grantmaking, supporting more than 13,000 grant projects along the way.