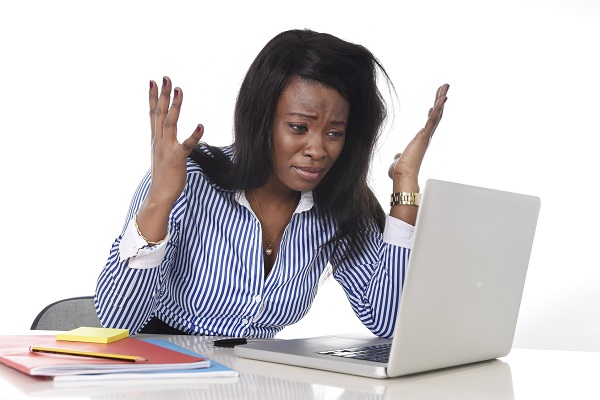 “My startup has got cash to last us seven months, but we’ve got a load of liabilities like leases and employee notice periods. If we can’t raise a new funding round, we’ll need to start winding up four months from now. And if I tell the team they may be out of a job then, it’s going to kill morale, and I won’t be able to hire people into the two open positions we urgently need to fill. I want to go out on the road to talk to investors right now, but my investors won’t let me. They say the business isn’t far enough enough forward to raise a new round yet. What do I do?”

James’s dilemma will be familiar to many startup founders. And it’s tempting to jump into action, like he wanted to.

Yet James’s first idea on what to do — put together a slide deck and immediately start trying to get meetings with investors — will distract him from running the company, which in turn will reduce the chances of keeping it alive and raising more money. And it’s exactly the wrong thing to do. So what should you do if you’re in James’s position?

First, adjust for what behavioural economists call availability bias. The vast majority of stories on TechCrunch and other startup-related news sites are about businesses that are doing really well — that’s why they sought the publicity in the first place.

But those businesses aren’t a fair sample of all startups: only in a perfect world are all startups 100% on track, delivering all the growth they expected, acquiring customers as cheaply as they’d hoped, and keeping them as long as they’d promised investors they would.

Unwittingly, TechCrunch and other startup news sites can mislead you into serious availability bias

Let’s be honest: most founders (and I was definitely one of them) miss their targets. If your investors are less experienced, like angels or family offices who expect the startups they invest in to be as predictable as McKinsey or Goldman, that will be a problem.

That said, even seasoned investors know that missing multiple targets in a startup can have a compounding effect. Slower user growth, higher customer-acquisition cost, higher churn, and lower customer lifetime value will combine to shorten — sometimes dramatically — the company’s runway.

The cash your model said would last 18 months suddenly looks like it’s going to last only 12, or even 10.

The tempting thing to do is just keep plugging away. You avoid looking at the financial forecast you shared with your investors, in the hope that they won’t think about it either; and if they do, then you draw on your reserves of optimism to come up with good reasons why you’ll catch up.

But that catch-up is much harder than it looks. If you’ve forecast 10% growth for six months, that compounds to a 77% increase in sales over the period.

If you achieve a more modest 5% a month for five months, then you’re just over 27% — and only a Hail-Mary will get you back on track. Conclusion: you need to do something different from what you’ve been doing since you raised money.

1. Focus on the metrics

At the beginning, most founders raise money on a tiny number of early users, a prototype, or even ‘a deck and a dream’. They convince early-stage investors that they’re smart enough and energetic enough to have a reasonable chance of success, and the investors take a punt on that basis.

But as the business matures, so do the investors. Professional investors at seed or Series A are looking for real evidence that you have the potential to build something big and profitable.

So they pay a lot of attention to CAC, churn, and LTV. If the numbers just aren’t there, they’ll pass — either by simply saying no, or (to keep their options open) telling you they love you and the business, but ‘it’s a bit early’. (That’s an understandable strategy, since who knows? You might turn it around, and they want you to call them if you do.)

What this means is that these metrics are absolutely vital to the long-term survival of your business, and have first claim on your attention. Your top priority is to test some changes that will improve them.

When startup founders talk about how much ‘runway’ they have left, they usually think in terms of months — but a better way to think about runway is in terms of how many more attempts to they have to get it right.

Don’t think of your runway in number of months; think of how many more rounds of experiments you have funding to try before giving up.

See: Why you should pray someone steals your startup idea

If you can carry out four experiments a month in each area instead of one, then you’ve got four times as much rolls of the dice to get it right. So come up with good tests that will uncover the insights you’ll need to fix things, and then put those insights into effect.

2. Reach out to investors

You can send them email updates. You can meet them over drinks. But don’t let anyone start a due diligence process that’s likely to lead to disappointment, and don’t start sharing lots of operating detail about stuff that isn’t working yet.

Get as many people excited about your vision as you can, while staying inside a limit of 5% of your time.

In the past, VC firms typically were made up of a handful of partners and an assistant. The huge increase in assets under management (AUM) in the venture-capital industry means that these days firms are under pressure to use a reasonable chunk of the 2% a year management fees on running their fund rather than on yachts and planes.

So they hire lots of associates and analysts, and set them the job of getting to know all the startups they can and trying to get early access to deals that could be interesting.

So when you come off a half-hour call with someone from a VC firm, you might feel that it was a big success because you got on well, and you think they’re excited about investing.

That’s not how the call went from their end: you were talking to an associate who just added one record to their CRM, and collected five data points about the business, which gets them towards their target of covering 30 new startups this week. Has it materially changed the chance their firm will invest in you? Maybe not.

It makes sense to qualify both the seniority and interest of VCs you’re talking to, and to limit your time accordingly. But you can go further: use the calls to get their advice.

That doesn’t just flatter the investor, and give you a preview of how valuable they might be if they invested; it can help you check your assumptions, and gives you a clearer idea of what you’d need to achieve to get their money.

3. Maintain your enthusiasm in front of the team

Next, remember that your job as founder of the startup is like the job of the captain of a wrecked sailing ship in the year 1810, two thousand miles from port. (For more details, see Patrick O’Brian’s brilliant narrative in Desolation Island, on Kindle at Amazon US and UK.)

Your chances of crossing the ocean safely before you run out of food and water are slim, but you’re the captain: you don’t share that analysis with the crew.

Your mission is to stay positive, to chart a course for the nearest port, and to motivate the crew to fix the broken mast and sew up the sails. The advantage of running a startup rather than a sailing ship in mid-ocean is that you can share your worries and fears with your lover or your coach. But not with your colleagues.

Continuing the seafaring analogy, sea captains had a simple strategy when they were being chased by pirates. If the pirates looked like they were getting close enough to board the ship — and kill or enslave everyone aboard — you started throwing things overboard: first the water, which you can replace at the next port.

Then the cargo, which is after all only money. Then the cannons, if you can’t win a pitched battle. Think similarly for your startup: identify what you must have in order to survive to the next round, and jettison everything else. Now is not the time to be making investments that will pay off in five years.

5. Get your investors to bridge

Behavioural economics demonstrates two other useful things that can be helpful to you: loss aversion, and the endowment effect.

Loss aversion, first identified by Amos Tversky and Daniel Kahnemann, means that people care more about not losing $100 than about winning $100. And the endowment effect means they value stuff they already own (ie shares in your company) more than stuff they don’t own (like new investments they haven’t made yet).

The message has to be: things aren’t right yet, but here’s a convincing plan for how I can fix them in x months. And if I achieve that, then here’s why the company will look like a great opportunity for new investors, and will be worth a lot more money than it is now.

6. Privately prepare, but don’t yet activate, a plan B

The most valuable thing you can learn from the next-round investors that you do speak to is what metrics they’d need to see to be enthusiastic about giving you money.

What growth rate, what customer-acquisition cost, what payback period? Then take a long, hard look at your plan. It could be that today’s numbers are simply too far away, and not changing fast enough, for it to be even half-plausible that you’ll get there in time, even after you’ve thrown the drinking water overboard.

If that’s the case, then you need a more radical plan B.

You may not like the sound of the hard decisions you’ll have to take, but remember that failing to take those decisions is tantamount to taking the decision to shut the business down — or even worse, simply run out of cash and trigger an insolvent liquidation.

If you leave the taxman, creditors, and even employees unpaid, then the resulting mess may spoil your chances of getting backing for another business, and you also risk breaking the law.

Don’t let that happen just to avoid asking yourself the hardest of hard questions. You might get a second shot by making radical changes: losing all the sales and marketing people, cutting back to a skeleton crew to work on the product, pivoting to something else.

That strategy can often result in taking out 80% of your costs, which can turn a three-month runway into a year or more. And given how many companies have created something new by pivoting from their existing business — like Twitter — the opportunity to test something else could have a high option value.

But at this stage, you don’t need to commit to choosing your plan B. You simply need to know what it is, and to have decided a date, and a set of numbers, on which to make your decision. If you don’t hit the numbers on that date, then you make the change.

None of these six things are easy, I know. They take effort and self-discipline, but they’re often the route to a successful outcome. And if you know what they are in advance, they can help a lot.