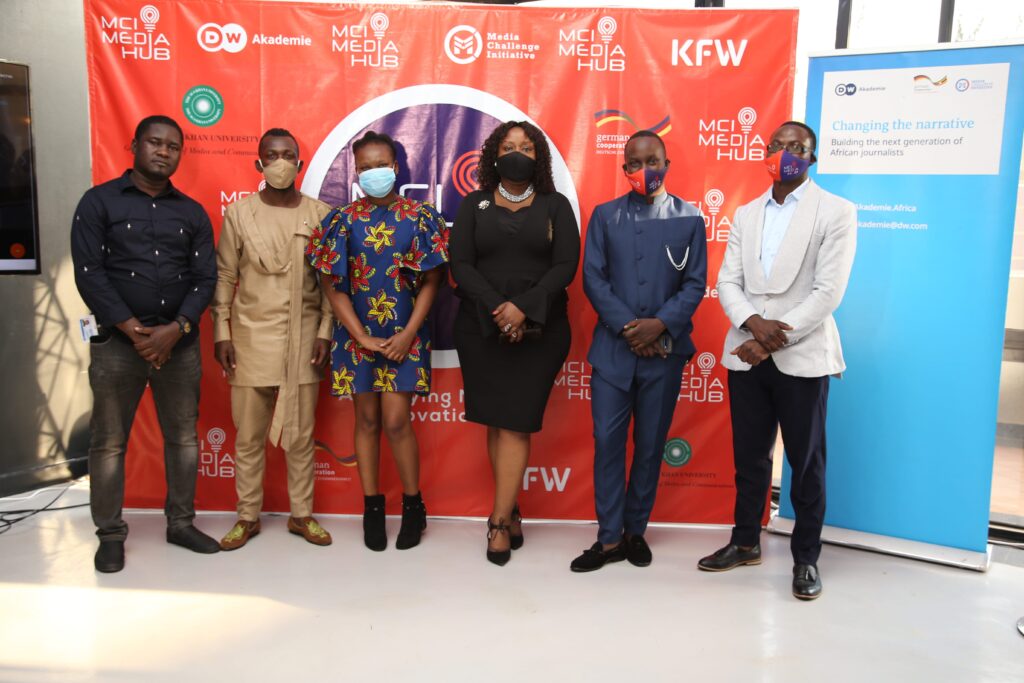 Media Challenge Initiative (MCI), a youth-driven non-profit building the next generation of journalists in Africa through training, mentorship, and experiential peer-to-peer learning has launched a media innovation hub known as the MCI Media Hub. The Hub is located on the top floor of Tirupati Mall in Kansanga, Kampala.

With a slogan of ‘Amplifying Media Innovation’, the MCI Media Hub is a collaborative space that will support disruptive innovators with an enabling environment to accelerate ideas and solutions for journalism and media viability in Uganda and East Africa. Media Challenge Initiative CEO, Abaas Mpindi, said MCI launched the hub due to a core belief in the power of journalism and media innovators.

“At the Media Challenge Initiative, we do what we do because we believe that good journalism makes the world a better place. We also know that this kind of journalism is becoming harder to find. We have seen journalism and the overall media industry struggle to sustain itself due to changing business models and other challenges. We have, therefore, created a home for innovations and solutions addressing the viability of the industry because we are on a mission to nurture and incubate it,” Mpindi said.

The Hub intends to serve this role by providing high-quality media support services at affordable rates including a coworking space, hosting events and dialogues, media training, a state-of-the-art radio, and TV studio for hire, a shared newsroom, and an ecosystem of media innovators who are intentional about creating solutions to the challenges facing journalism.

The Hub was launched in partnership with DW Akademie, Aga Khan University-Graduate School of Media and Communications, KfW, and the German Cooperation. Daniela Leese, Head of Media Development Africa – DW Akademie, lauded the effort saying, “After two years of collaboration on the Media Futures East Africa Project with AKU and KfW, we have now reached our goal to create a home for media innovation and quality journalism in Uganda.”

Lawrence Pintak, dean of the Graduate School of Media and Communications, added, “We’re proud to be partners in the MCI journey of growth in supporting media innovation and the future of journalism in Uganda.”

The Friday event started with the graduation of the 3rd class of Media Challenge Fellows, MCI’s flagship program that trains the top 26 journalism students every year in intensive multimedia skills and solutions-based journalism. Out of the 77 total alumni Media Challenge Fellows, at least 49 are now employed in media-related jobs. 34 of those were connected to their jobs by MCI. MCI alumni are populated in media houses across the country, including NTV, NBS, New Vision, Record TV, UBC, and many others.

Hon. Judith Nabakooba, the Cabinet Minister of ICT & National Guidance, who officiated the graduation event, said, “I promise that as the Minister of ICT and National Guidance, we shall also find ways of supporting these young innovators and [the Hub] being the first of its kind in Africa, we shall find ways of working with you, probably even to help train some of the government communicators on how to use online methods of communication, but also the fact-checking mechanism of what is being put on the social media spaces, and I believe we will do a lot with you.”

The event also included the awarding of 9 journalism students who produced the best stories in the 2020 Inter-University Media Challenge, an annual training and journalism competition for up to 15 universities of journalism. The winning students reported TV, radio, online, and photo stories on how their communities were adapting and innovating during Covid-19.