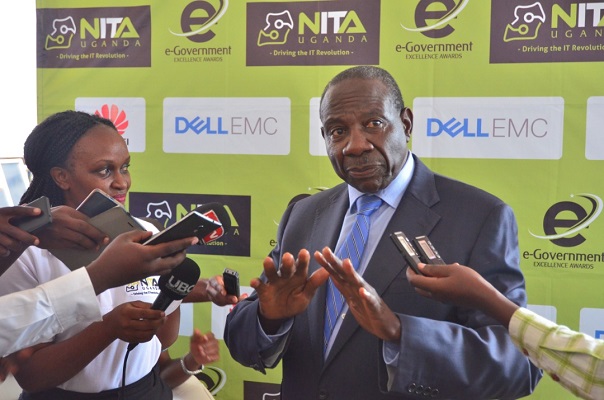 Minister of Finance, Planning and Economic Development Matia Kasaija said on Thursday that his ministry should not be blamed for the small portion of the 2019/20 Financial Year Budget that was allocated to the Ministry of ICT and National Guidance.

According to Minister Kasaija who was speaking at the eGovernment Expo at Garden City Rooftop in Kampala, before the Finance Ministry starts assigning funds, different government entities are given opportunities to pitch their needs and it’s their bargaining power and needs that determine how much each gets.

“Young men and girls, don’t look at the quantum of the money, look at the needs. We don’t simply say because ICT is very important, take so much. It must be tailored to the needs of the year. What are you going to do with this money? So, if you want money for the sector, you must come to the Ministry of Finance when we are budgeting to show us your needs. And I’m emphasizing that word: show us your needs, show us your plans, and then tell us how much it is going to consume, then we shall give you money,” the minister said, responding to a journalist who wanted to know why the funds government earmarks to support startups is one of the lowest when compared with what other African governments offer.

“The money we’ve given is what the sector has asked us for and we have given them, so don’t say you’ve little money. No, no, no, we have not put little money because it is not so useful to send money to an entity when that money, they have no use at all. You are cheating another sector which would need that money. Have you got my point?”

It should be recalled that this year, the ICT Ministry was cut by close to Shs3 billion when compared with the previous financial year (see tweet below).

However, despite seeming to indicate that some ministers have weak negotiation skills, Minister Matia Kasaija later acknowledged that the government coffers are also still weak when he was asked whether the Finance Ministry was ready to provide the Shs1 billion UBC needs to air AFCON games.

“First of all, there’s not enough money, that one you should know; there has never been enough money and there will be no enough money. The demands far exceed the money that we have. So, what does it mean? It means prioritizing,” he said. 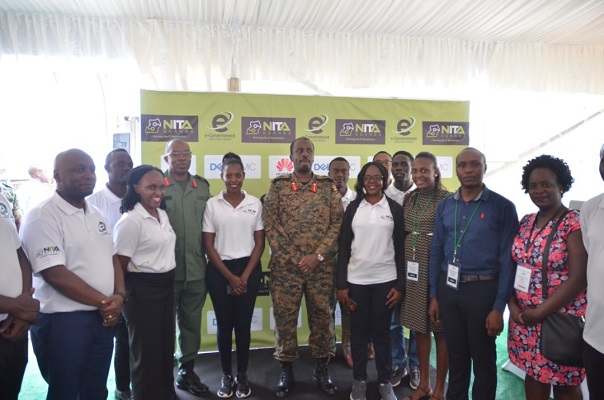 The eGovernment expo is a 2-day event (June 20 and June 21) that has been organized by The National Information Technology Authority (NITA-U) as part of the E-Government Excellence Awards 2019 for Ministries, Departments and Agencies (MDAs) to showcase their e-services and the journey taken thus far. The project will end with a conference and Awards ceremony that will be held on June 27 at Speke Resort Munyonyo in Kampala.

Speaking on how eGovernment services will contribute to the growth of the national economy, the minister said: “If this system can run across all the government entities and it is efficiently operated, you’ll save money, including that nebulous and very difficult enemy to fight, corruption… It is much easier to fight corruption online… It also saves time, saves energy and, of course, makes things easier to do.”

Minister Matia Kasaija also took time to advise youths who attended the conference to contribute to the digital revolution in Uganda by observing ethical usage of digital services and helping those who are illiterate to understand the impact of embracing technology.

“We are living in different times… the world is moving around very, very fast… if we are not careful, we will be left behind. And indeed, we’re already behind,” he said.

“So, I want to use this opportunity to call upon all Ugandans, particularly you the educated ones… Uneducated people depend on you. Please use all possible means to reach the people to learn these new technologies…”

He added: “Please I’m appealing to you the youth to use this new technology to become extremely efficient in whatever you do in the minimum possible time and with efficiency and accuracy. The problem I’ve seen with some of you, with these new things you are lacking accuracy. You either misreport something or something does not come well. The figures are not tallied [makes sound implying disapproval]”