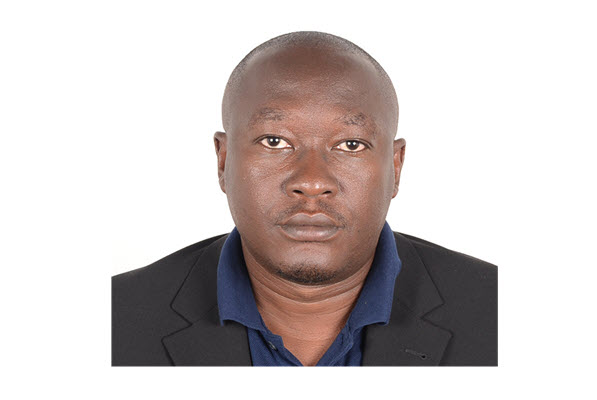 Dr. Misaki Wayengera, a researcher attached to the Department of Pathology at Makerere University’s College of Health Sciences, has cruised to the final race in the WHO Africa Innovation Challenge after impressing judges with his ground-breaking invention that diagnoses hemorrhagic fevers.

After futile efforts to attract funding from the Ugandan government, in 2013, Dr. Wayengera finally won a $100,000 grant from Grand Challenges Canada to create Pan-Filovirus Rapid Diagnostic Test, a paper-strip test, similar to the one used in pregnancy but used in detecting Ebola and Marburg viruses.

The award-winning researcher, who holds a Bachelor of Medicine and Human Surgery from Makerere University, a master’s degree in Bioentrepreneurship and a Ph.D. degree in Pathogenomics from Toronto, Canada – had been working on Ebola since it first broke out in Gulu, Masindi, and Mbarara districts of Uganda in 2000.

So, by the time of inventing the Pan-Filovirus Rapid Diagnostic Test, Dr. Misaki Wayengera was way north of the 10,000 Hour Rule.

To commercialize his project, Misaki told thisisafrica.me in 2015 that he needed about US$100 million to build a facility that will house state-of-the-art laboratories.

Other finalists in WHO Africa Innovation Challenge

In the final race of WHO Africa Innovation Challenge, Misaki Wayengera qualified alongside two Ugandans: Denis Oguzu Lee for his startup National Ambulance Service and Wasswa William for PapES.

The National Ambulance Service is a mobile, on-demand, hyper-local ambulance, police and fire service call and dispatch emergency system for Android and iOS.

The innovation aggregates various types of private and public emergency services and allows the nearest required service to be dispatched immediately to the patient at the fastest possible time.

PapES has been developed for automated diagnosis and classification of cervical cancer from pap-smear images.

Subsequently, the cytopathologist can upload the pap-smear to segment the image using the developed techniques and extract cell features.

In all, 30 finalists were picked from 2471 applications.

These will then proceed to showcase their projects on the opening day of the second WHO Africa Health Forum in Praia, Cape Verde on March 26.

The best teams will then be connected to business angels and investors to support them in their next phase of growth.

WHO regional director for Africa Dr. Matshidiso Moeti said the extent of the response to the challenge affirms the enthusiasm among young people to make a difference and contribute to the health-care system on the continent.

“Health innovators have found a new home at WHO, where their innovative ideas will be supported in partnership with our network of stakeholders,” she said.

Shs368 million up for grabs in WFP innovation challenge