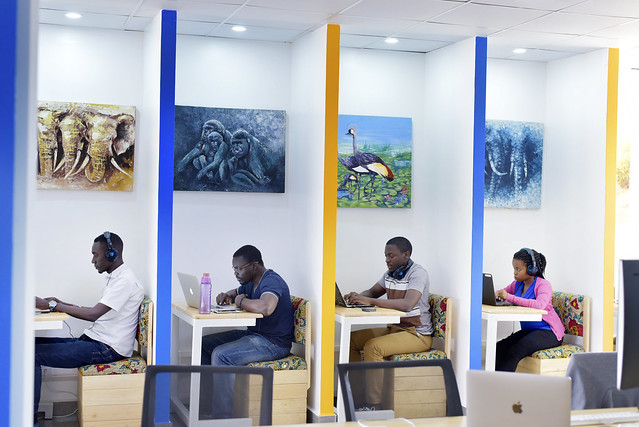 Ugandan startups leveraging technology to promote entrepreneurship in the East African nation have been called to apply for the second edition of Netherlands Trust Funds (NTF IV) Uganda.

NTF IV Uganda is a four-year project launched in December 2017 to support the internationalization of IT & ITES SMEs and tech-start-ups in Uganda, founders say.

In the first quarter of 2018, the first edition was rolled out and this year, applications will be accepted from entrepreneurs running IT projects. The window for applying closes on May 31. Apply here.

According to John Ndabarasa, startup relations and engagement associate at NTF IV, last year they enrolled over sixty firms which have reaped immensely from the project.

“Since the launch of NTF IV in February 2018 when we on-boarded 63 tech start-ups, the companies we have worked with have received training in topics such as value proposition, business model canvases, start-up valuation, due diligence among others,” Ndabaras said in a statement to this website.

“Links between investors and some of our most advanced start-ups have also been created. Participation in major tech events such as Slush in Helsinki, Finland, CEBIT in Hannover, Germany and Mobile World Congress in Barcelona, Spain is ongoing with our start-ups as well.”

“We are looking for tech start-ups that use technology as a core including e-commerce, companies that have been launched in the last three years,” says Ndabarasa.

NTF IV Uganda Project Manager Martin Labbe says they picked Uganda as a beneficiary of this project because recent statistics have shown that it is among the most promising nations in embracing ICT on the continent.

“With growth of an average of 19.7 percent per annum over the last 5 years in Uganda, resulting in an average contribution of 2.5 percent to the Ugandan GDP, the ICT Sector is ripe for programmes such as NTF IV. The ICT sector employs upwards of 1.3 million people directly and indirectly and produces an average of 2400 IT grandaunts a year. These were some of the factors that inclined us to select Uganda as one of our focus countries for NTF IV,” Labbe was quoted in the statement.

Ndabarasa says that there is a need for Ugandan tech start-ups to be made aware of foreign clients’ expectations, trained vigorously in all areas that can equip them, adapt quickly to business realities versus what is taught in IT curriculums in Uganda and urged traditional financing institutions in Uganda to back up tech start-ups in the country.

He also pointed out that there is need for females in Uganda within the IT realm to come forward with their start-ups.

“Because I witness so many start-ups come in and out of Innovation Village, I know that an opportunity like the one being presented here by NTF IV is a life-changing one for many startup companies. I know many enthusiastic people with brilliant business ideas and I hope they will jump at this opportunity,” said C.K Japhet, the proprietor at Innovation Village Uganda.

Once shortlisted, the start-ups will be invited to participate in training sessions and a one-on-one meeting in Kampala with an NTF IV expert in June. At the end of the workshop, based on the training results and additional information collected amongst the applicants, a final selection will be made.