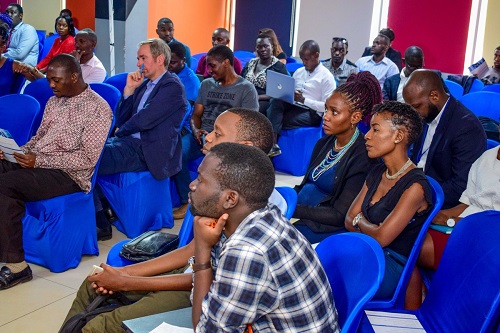 One largely untapped resource is Entrepreneur Support Organisations such as tech hubs, accelerators, and incubators, which are proliferating on the continent.

ESOs have great potential to catalyze investment but only with the right agenda and resources.

The Emerging Market Private Equity Association recently reported that the amount of venture capital invested in Africa has been rising in both absolute terms and relative to other forms of private equity since 2015.

This is welcome news, if only because of the demonstrated ability of venture capital-funded businesses to create jobs on the continent with the world’s fastest-growing population.

However, we need to keep a sense of perspective. By some measures, venture capital invested in India ($245m) during the last full year was almost three times that calculated by EMPEA in Africa (about $90m).

Digging further into the figures from EMPEA, it also becomes apparent that late-stage VC investment has been driving the most recent gains.

Again, this is mixed news.

On the one hand, it is a sign that the problem of the so-called missing middle is being resolved, providing a pipeline for the still-dominant large funds that have to chase the largest deals.

On the other, the figures confirm that the conclusion in a Global Impact Investors Network report from 2015 is still valid, namely that early stage investors have “difficulty placing capital”.

Restricted access to funds will hobble the prospects of the continent’s start-ups and raises the question of what will fill the pipeline for the middle.

If you ask investors what would remedy their difficulty, as the GIIN research went on to do, we learn that they see: “Gaps . . . in particular for organizations that can produce a large number of investment-ready opportunities.”

This desire for trusted intermediaries is not a surprise because not every investor can follow best practice and maintain a consistent local presence, especially outside of the leading start-up ecosystems of Lagos and Nairobi.

Africa is not suffering from a dearth of start-ups per se.

Anyone on the ground in Africa knows that talented entrepreneurs with great ideas abound in sectors from education to energy. Indeed, the OECD and the UN rank Africa as the most entrepreneurial region in the world.

Rather, the need is for entrepreneurs who can speak the language of investors; a language that can be taught.

Fortunately, a class of organization has emerged across Africa recently with the potential to find and serve “investment-ready” opportunities to investors: ESOs, especially the burgeoning number of tech and innovation hubs.

Since 2016, the number of active tech hubs across Africa alone has grown by more than 50 percent to 442, with dozens more planned, according to the GSMA in 2018.

To date, ESOs have focused largely on valuable technical and moral support for early-stage ventures, with some development of core business skills.

Where they have extended into investment, typically via or as accelerators, they often suffer from failings that can result in “few start-ups landing investments and disenchanted investors”, according to the World Bank.

Now, institutions such as the World Bank and the UK’s Department for International Development, through its Impact Programme, are pioneering initiatives that bolster ESO capabilities.

They have respectively established a model investment-focused ESO programme that is embedded in local ecosystems (XL Africa) and funded a continent-wide initiative to build out the capacities of existing ESOs sustainably (VilCap Communities Africa, which we are implementing).

The initiatives impart best practice to ESOs in finding promising local ventures and coaching them in investment readiness to transform their prospects for funding.

Read also: How Ugandan startups could be failing themselves

During coaching provided by more well-equipped ESOs such as jokkolabs in west Africa, founders will learn which stage of maturity their business is at in order to deal with the right investors and focus on addressing the right issues.

Issues include having the right team and story, knowing which problem is being solved, being aware of regulatory issues, developing points of differentiation, understanding when unit profitability will be reached, determining how the business will scale and planning how to deploy capital efficiently.

These are all obvious talking points for an investor, but not necessarily for founders who have the raw components of a great business but not the means to articulate its potential to investors, or knowledge of how to advance the business to a point that an investor would commit.

The wide availability of rigorous investment-readiness programmes for founders, delivered by now-prevalent ESOs, has the potential to address directly a supply-side challenge that investors assert is holding them back.

In terms of impediments, ESOs do need the resources to deliver, which is why they are also learning how to attract funding for themselves from the first support initiatives.

Investors, for their part, also need to amend preconceptions about who is investible and what format investment should take, to realise fully the opportunities from collaboration.

However, I am confident that ESOs will attract resources because of their huge potential for entrepreneur education and as intermediaries between ventures and investors.

In becoming more involved with ESOs, early stage investors will also learn to deviate from Silicon Valley-style preconceptions that limit who they invest in and how, with favourable outcomes.

When the Global Entrepreneurship Monitor asked entrepreneurs recently if they expected to create a medium to high number of jobs in the next five years, only 17 per cent in Africa believed they would.

This is the lowest proportion in the world (for comparison, 39 per cent of US entrepreneurs expected to do so).

Measures will be required to turn their relatively pessimistic prognosis around, such as including the needs of the start-up community in forthcoming ease-of-doing-business and trade reforms, and bolstering education provision to address the dire need for homegrown talent.

Boosting deal flow also counts as one of the key enablers for a flourishing start-up ecosystem and ESOs are now in the front line.

Rachel Crawford is innovation manager, emerging markets, Village Capital, an impact investor that finds, trains and invests in entrepreneurs and trains entrepreneur support organisations to do the same worldwide.