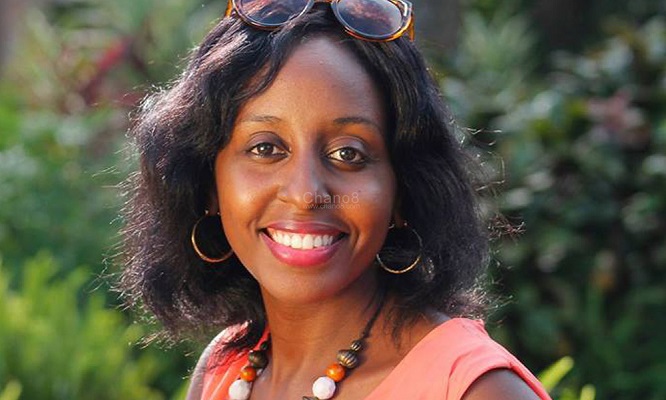 Mwine left NTV Uganda in October of 2018 after working with the Nation Media Group-owned television station for seven years.

Andela, a global training and placement company for software developers, officially launched its third unit in Africa, Andela Uganda, in July of 2018.

It has since hired multiple software developers and employed seasoned IT professionals, including Jackie Ochola, who left Nokia to join the company as a country director.

In her farewell speech, Rachael Mwine told her colleagues at NTV Uganda, “I start a new chapter, working with some of the brightest minds in tech and looking forward to what the next 7 years have in store for me.”

Must read: Jackie Ochola: Why I left Nokia for Andela Job

Before joining NTV Uganda, Mwine, who graduated with a bachelor of Mass Communication and Journalism from Uganda Christian University, worked with Power FM for five years.

Meanwhile, this Saturday she’ll be speaking at an event hosted by Outbox Hub and running under the theme: Women in Technology 2019 — think equal, build smart, innovate for change.

Join the @DevCKla for a #WomenInTech Lightning event on 09 March at @OutboxHub. They will have lighting talks from women in various roles in the tech space. Come meet and share with Andela ladies @the_mwiine, @arinaitwerach, & @JamieMayombwe https://t.co/uscLKS2Yxp pic.twitter.com/jMGiDn43NA

Other speakers include among others Phillipa Makobore from Uganda Industrial Research Institute, Jamillah Mayombwe, a senior consultant at Andela; Mary Musiime, a software developer at SafeBoda; Grace Amme, a communication, and marketing associate at Outbox Hub.