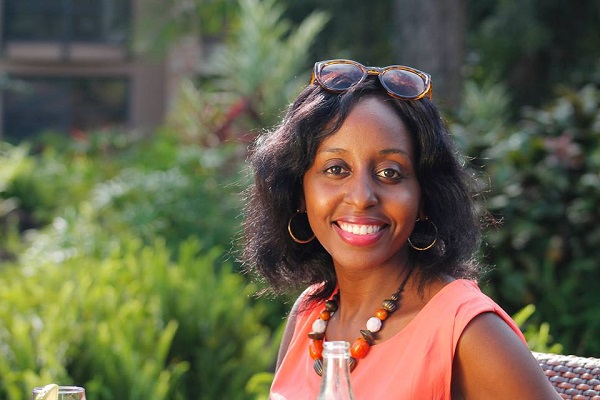 Media personality Rachael Mwine surprised her following when she announced in October of 2018 that she was quitting her job at NTV Uganda, arguably the biggest television network in the country.

Mwine left the television channel she had worked with for 7 years to join Andela Uganda, a training and placement company for software developers.

At first glance, the story of Rachael Mwine joining Andela is totally mystifying, considering she had spent most of her past career in the spirited media world (NTV Uganda, Power FM) and now she was joining the technology world, which can be typically dull, especially when surrounded by software developers.

No better things to do

For every ambitious person out there, there’s that critical moment (normally referred to as turning point) when you realize that, after trying out a number of things, there is that one thing you really, really want to focus on.

For Rachael Mwine, this moment came when she was doing “some work” with Dr. Ronnie Mich Egwang, a veterinary doctor-turned-media personality-turned marketing guru.

She says her work with Egwang was flexible, allowing her enough room to extensively think about her next options after TV.

“… I tried to do other things within the newsroom and those didn’t work out well. And that was okay, I wasn’t bitter; I was like okay, I’ve tried that it is not working, maybe I’m just not meant to do it,” Mwine told Crystal Newman in a recent interview, adding that working with Mich Egwang “allowed me a lot of time to think and to refocus and to repurpose myself”.

And in the process of contemplating her next move, Mwine who says she has always “considered myself a people person” discovered that she could do a good job empowering people.

“I want to empower people, I want to help people be a better version of themselves,” she told Newman. But while at it, she also started wondering who’d pay someone to just “empower people.”

But as luck would have it, before her 6-month gig with Mich Egwang ended, a friend informed her that there was an opening at Andela Uganda and she was the right woman for the job.

“… before the six months were done, I had a friend who was working with where I’m working and she told me about this role and she said, Rachael, I think you will be perfect for it, so the role, essentially, is to empower people,” Rachael Mwine told Newman.

“I am at Andela Uganda, that’s what I do, that’s where I’m, I’m a learning facilitator. And what Andela does, they recruit software engineers… and empower them, they give them skills, they give them resources to be better… in the long run, they’re partnered with organizations in the US…”

Andela believes brilliance is evenly distributed and opportunities are not, she added.

Must read: Q&A: What is Andela Uganda and how can you benefit from it?

Work of a learning facilitator

Not knowing how to write code doesn’t mean you can’t work with a tech firm. There is a reason computer scientists are called nerds. The word nerd has two popular meanings: it can be used to refer to a person who is singly interested in a particular technical field and one that is socially unskilled.

You’ll find both definitions at Andela Uganda. And with her knowledge from the media industry, Mwine can contribute to helping software engineers at the Kamwokya-based firm learn most of the crucial social skills.

“I am not technical so what they wanted to do was empower software developers with soft skills or skills that will help them understand themselves better as individuals and work best in a professional environment,” she says in the interview.

For the few months she’s worked with the company, Mwine says: “I can not begin to say how thankful I am for the opportunity to work with young [people]”

Watch the first six minutes of the interview