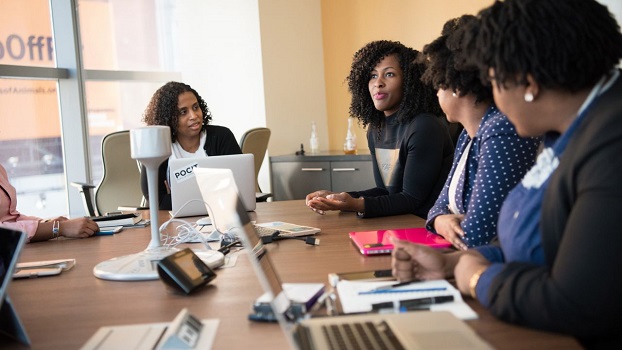 As someone who has spent almost a decade working with startups, I am always amazed at the genuine belief from founders that people are coming to work at their company because they’re bought into the mission.

It’s not the founders’ fault, it’s what the people giving them (bad) advice keep telling them. VCs I’m looking at you.

I’m not entirely sure why so many VCs have so many platforms where they seem to give so much advice on how to run a startup because almost all of them have no experience of actually doing it, but that seems to be the way.

The most common piece of rotten advice I see them give is “attracting the right talent is the most important thing to get right for your business” — which yes, I agree.

Well, maybe I’d put it as number two after “don’t do everything your VCs tell you because their motivations are not in line with yours.”

But then they say “the best talent comes to work at your startup because they believe in the vision and the mission of the company.”

Now, as someone who literally pedals companies defining their purpose, vision and mission for a living, you think I would wholeheartedly agree.

I currently work with that post-Series A sweet spot where startups have a bit of money, but not too much money and they are about to embark on a big hiring push.

I have designed and sat through countless interviews and watched some people succeed once hired, and most not. Below are the observations I have made about the real motivations of people who come in and make a real difference.

So here is how to attract and keep the real talent for your business. The transformers who are the true heroes of any startup’s story.

It really isn’t about you

For VCs, they make a bet on the founder. They accept businesses pivot and products change, so they invest in you as a person. For employees, this is not the case.

In fact, they probably don’t care about you, and of course, they could always end up outlasting you. To presume you’re a major consideration when they’re considering where to put themselves into a career would be arrogant.

See: Do you need a co-founder to build a successful startup?

Nor is it about your version of the story

The presumption that they buy into your narrative and are lucky to have a place in your company is a very risky one indeed. If they are bought in, often employees repurpose and identify with their own version of the story, which is often very different from your own.

Their purpose is not yours.

So here are some of the real reasons people come to work at your startup. May it guide you to find “the best” talent, in a world where choice and competition is high.

– The social scene (particularly relevant for the young). The opportunity to make those type of friendships you can only make in your twenties. That feeling that you’ve found a way to continue the university years.

I do not mean organized fun. Or table tennis tournaments.

– They think it will make them rich one day because they don’t understand how share options work and they think they have more equity than they actually do.

– They want a bigger job title than their experience allows.

– They want to impress their friends. (Enact a role play for an employee meeting someone at a party and explaining what they do and the reaction they receive — therein lies your recruitment strategy).

– They think ‘working in a startup’ will get them more likes or right swipes on their internet dating bios.

– They have a vision of a company with a flat hierarchy where they’ll be listened to and able to impact and shape change. This is often particularly true for the young and very ambitious — and startups that genuinely listen and engage these people, tend to be able to keep them.

– The new generation cares deeply about their role and what they’ll actually be doing in the company. A lot more so than in the past. The “don’t ask what seat on the rocketship” advice is not something they relate to. Approach this stale rocketship attitude with caution. As far as the youth are concerned, there will be a billion rocket ships by the time they grow up and so they care about what seat they’re sitting in and what story they’ll be able to tell for themselves when they move to the other startup with an equally as purposeful mission down the street. Good on them.

– Finally, something people seem to be weirdly willing to forget. People come to work for you because they need money to live. Startups actually offer pretty decent salaries these days.

See: How to run a startup that’s running out of cash