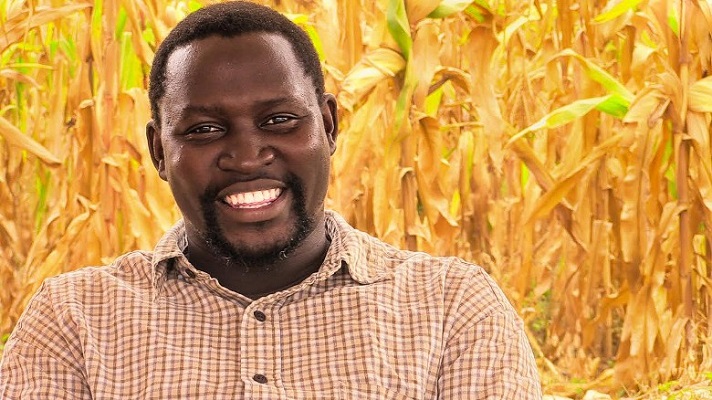 Oxford MBA students used Ronald Bbaale’s project to compete in a global competition and ended up winning $25,000 (about Shs93 million), which was given to Bbaale.

Below the students narrate how they met him and the journey to winning the competition.

“The MBA Impact Investing Network & Training (MIINT) competition saw 31 MBA teams take part in 2019. With Yale receiving 1st place with a $50,000 investment prize, Oxford and Wharton were selected as runners up with $25,000 each, as an investment for the companies they represented.

Our Oxford MBA team recall their journey through the tournament and the social enterprise they pitched for.

Meet Richard Bbaale. Ugandan social entrepreneur taking on women’s empowerment. As a teacher, he noticed that many young women and girls were missing school due to menstruation.

In rural Uganda, menstruation is still stigmatized, often seen as something ‘unclean’. Alongside this, there is a lack of access to products to help manage menstruation with women turning to rags and even mud to cope. As a result, females are unable to fully participate in society.

For example, they can miss up to 20% of school days, leaving them seriously disadvantaged when it comes to earning a livelihood.

In 2010, Richard founded Bana Pads to tackle this range of issues. Bana makes sanitary pads from agricultural banana waste. Throughout the value chain of sourcing, production and sales, Bana exclusively hires rural women to offer jobs to this underserved group.

These pads are then sold in rural areas to enable women to better manage menstruation and therefore participate more fully in society.

Because menstruation is a culturally sensitive issue, Bana has come up with an innovative way of distributing their product. Bana’s sales channel is a group of women known as ‘Bana Champions’ who sell pads door to door in rural communities.

This reduces the embarrassment of buying pads from (often male) shopkeepers. It also allows the champions to speak with the head of households (again often male) to raise awareness of the challenges of menstruation and the need for pads.

Similar work happens in schools and churches. All in all, Bana reaches 20,000 customers per month, selling over 400,000 pads.

We found Richard Bbaale while involved with the MBA Impact Investing Network and Training (MIINT) programme.

This culminates in pitching to an investment committee for up to $50,000 investment.

After shortlisting 10 companies, we decided to go with Bana for their compelling impact story. We were worried that they did not look like any of the previous winners of the MIINT competition (typically US-based firms, with a range of investment already lined up) but decided to persevere.

After preparing an investment case, our first litmus test was the internal competition at Oxford’s Saïd Business School. Three judges with impact investing, venture capital, social entrepreneurship and consulting experience made up our panel.

The judges’ feedback was tough. There were questions about how scalable the model was; the financial analysis and valuation; and even why Richard converted from an NGO to a social enterprise given the challenging investment thesis. All of this was summed up in one judges’ comment: that the business was ‘un-investable’ as presented.

After leaving the room, we figured that was probably the end of our Bana Pads journey.

A few days later, we were pleasantly surprised to hear that the judges had selected us to represent the University of Oxford at the global finals in Wharton.

The judges believed in the impact story of the organisation and the fact that they already had a viable model based on their track record. The excitement (and very audible celebration) was so euphoric that the barista at the Oxford Saïd common room came over to congratulate us on what must’ve been the news that someone was getting married.

And so, we got to work, taking on board all of the judges’ comments. We worked on the project through our examinations period and international classes in Johannesburg. Armed with a brand-new financial model, impact analysis, pitch deck and memo we assembled in Wharton.

In the morning we pitched in the Semi-Finals. Only one team per thematic area would go through to the finals. Following lunch, we were thrilled to hear that not only did the judges chose us, but we also won the students award for best presentation.

After the announcement, we had a full 30 seconds to mentally prepare before pitching again. This time, in front of a panel of 10 judges including Bank of America Merrill Lynch, Acumen and Omidyar Network and 150 of our fellow competitors from over 30 business schools.

We gathered for the final ceremony at the end of the day. Hearts pounding, we listened to the closing speeches. And then the moment we had all been waiting for, “and the winners are…”.

When we heard “University of Oxford” it took a full 5 seconds before what had happened sunk in. Cue the madness. We had just won $25,000 for Richard and membership into an incredible network of investors. Joy. Relief. Excitement. Disbelief. Sadness (that it was all over). You name it, we felt it.

This is what business school is all about. Taking on a challenge, building a team, working on something that you’re figuring out as you go along. And we managed to pull it off. Richard Bbaale was so thrilled, he offered to pay us 10% of the winnings (which we had to refuse at least 5 times).

It remains one of the highlights of our year at Oxford, we’ve built some amazing friendships on this team, have some unforgettable memories and (hopefully) helped Richard fulfill his dream for Bana Pads.

The next morning, still jet-lagged, a little dazed from what had just happened, we reminisced about the six-month journey that brought us here as we made our way home, taking one last photo before we left…

“We’d very much like to thank those who supported us in traveling to Wharton including MIINT, the Skoll Centre, the Saïd Business School, Green Templeton College, and Kellogg College.”

This was originally posted here