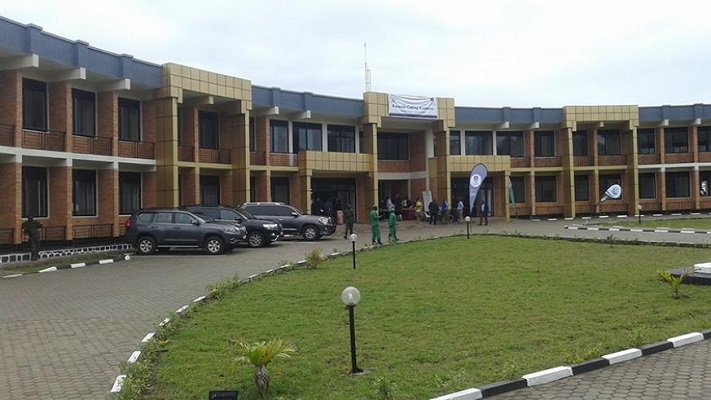 A coding academy set up with an investment of 4.5 million U.S. dollars was unveiled to learners at Nyabihu TVET (Technical and Vocational Education and Training) on Friday.

The coding school which is located in Nyabihu District inches Rwanda close to a knowledge economy as more students will be trained in software programming, embedded systems, and cybersecurity.

According to The New Times, Rwanda Coding Academy opened with sixty students, a balance of boys and girls.

“Rwanda Coding Academy opened its doors for the first time earlier this month starting with 60 students in total including 30 girls and 30 boys, who were among the top performers in Science, Technology, Engineering and Mathematics (STEM) subjects in last year’s O’ Level National Exams,” the state-owned news publisher reported, quoting a statement from the education ministry.

Speaking at the launch of the Rwanda Coding Academy at Nyabihu TVET, Rwanda’s Minister for ICT and Innovation Paula Ingabire said that the government was planning on building more coding schools in different provinces in the country.

“We are starting off with sixty (students) but the intention is if we can roll out at least five coding academies; one in each province, then you are looking at least every year enrolling about three hundred students that can specialise in becoming software experts,” Ingabire said, according to The New Time.

She said that they want to have more home-grown technology solutions sprouting of the tiny East African nation.

The coding program at the Academy runs for three years and authorities say students will also get a chance to train at some of the best IT institutions around the globe.

Rwanda Coding Academy was set up in response to the Rwanda Digital Talent Policy, which was approved by the government in 2018 to strengthen ICT training in Rwanda, placing emphasis on hands-on and market-oriented ICT skills.

Nyabihu TVET School is one of the pledges made by President Paul Kagame to residents of Nyabihu and surrounding areas.

This modern facility has been established by the Government of Rwanda in partnership with the Swiss Agency for Development and Cooperation (SDC) who contributed to the construction, equipment, and training of staff, according to The New Times.

Besides hosting Rwanda Coding Academy, the school will train young Rwandans from across the country in four trades that respond to the labour market needs namely; culinary art, food processing, welding, and leather craft.