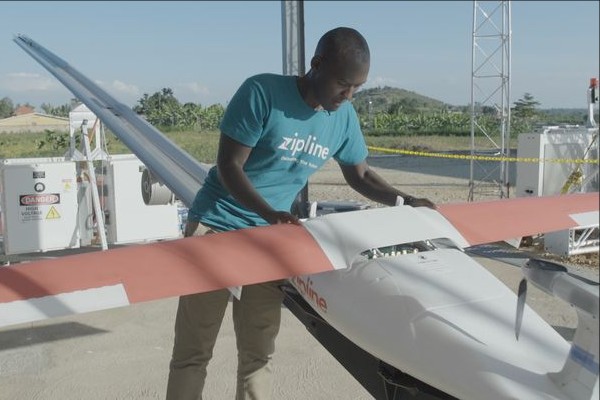 In Rwanda, a 27-year-old innovator named Abdoul Salam Nizeyimana is trying to transform the healthcare system of his country with his autonomous drones that deliver blood to remote hospitals.

Nizeyimana’s project is being funded by Zipline International Inc, a California-based company, that came to Africa in 2015, pitching to governments an idea of using service delivery drones.

Faced with a problem of poor transport means connecting rural areas, just as in many African countries, the Rwandan government bought the idea and Nizeyimana, who has an associate degree in renewable energy engineering and a bachelor’s degree in electrical and electronics engineering, became the first local hire, according to a recent feature story on the innovator by Bloomberg.

Must read: Complete list of winners at the 2018 Young Achievers Awards

The Rwandan Civil Aviation Authority is in the process of approving the delivery service so that they can expand to other parts of the country. The Rwandan government is also changing its regulations to accommodate the idea and it will also open up its airspace for the drones.

“… Serving the community and making an impact on other people’s lives is what makes sense for me,” Nizeyimana was quoted by Bloomberg.

Nizeyimana told Bloomberg that he derives his drive from the sheer improbability of his survival; at the age of 3, during the 1994 genocide, he was all his family members massacred in a brutal way; he also has a scrape from that day on his head.