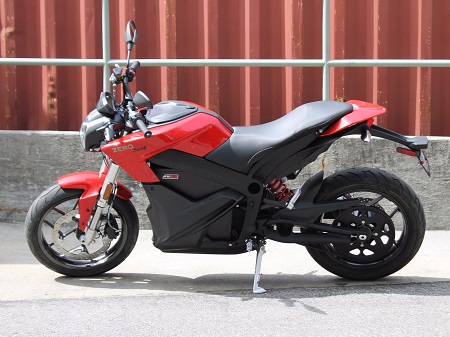 Ampersand is based in Rwanda and it is managed by Josh Whale, who is the CEO; Emmanuel Hakizimana, the Rwanda country manager, Olaf Lange (chief vehicle engineer) and Alp Tilev is the chief technical officer.

East Africa has millions of boda boda or motorcycle taxi drivers. The use of boda-bodas is indispensable in East Africa because of its fastness and flexibility, especially in congested cities.

Motorcycle riders are among the low-income earners in society despite the role they play. This is because they spend a lot of money on fuel and servicing their vehicles.

Ampersand says it wants to counter this challenge by producing cheaper and durable vehicles that are also easy to maintain. This will also benefit the passengers.

“We expect that we will be able to put around $900 a year back into our customers’ pockets from fuel savings alone. That means doubling or tripling many riders’ incomes.”

According to officials, boda boda riders will not need to buy vehicle batteries or wait around while recharging batteries.

Instead, they will rent batteries from a network of battery swap stations, officials say. These stations will perform a similar role being played by normal petrol service stations.

The battery is expected to deliver around 60 km of range and will require swapping out less often than drivers commonly refuel now, say officials.

The company also looks at conserving the environment as their “bikes will also produce 75% less lifecycle greenhouse emissions than petrol motorbikes using grid power, and over 98% less on renewables.”

According to Whale, the e-Moto will be ready for commercial launch in Rwanda in late 2019.

Speaking to media, Whale said: “This may be the world’s first truly mass-market electric vehicle that’s cheaper and better than its petrol counterpart. The biggest opportunity for kicking-off a global mass-market electric vehicle revolution is not sedans for the middle classes of Europe or Japan, but inexpensive motorcycle taxis in Africa and other emerging markets.”