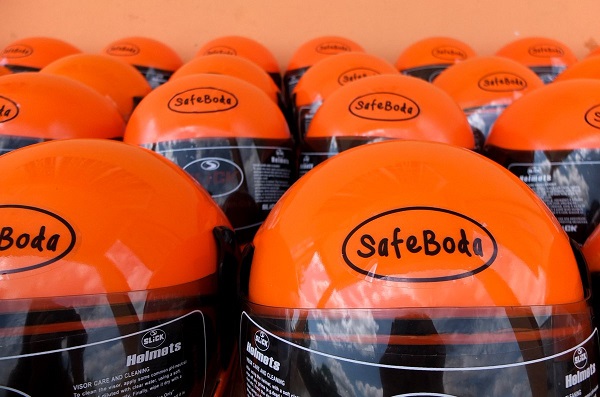 A rider who has been working with the ride-hailing company, SafeBoda, and only identified as Kazibwe has been sacked from the company for abusing a customer using callous words.

On August 24, a one Gratius Kakooza requested a ride but later canceled it. The person on the receiving end was Kazibwe, who was wearing helmet 213, according to Kakooza.

Kakooza’s decision didn’t sit well with Kazibwe who decided to put up a verbal fight in a message response.

A price, and, possibly, an excruciating one — has been paid. On Monday, a tweep who goes by the handle, @PyperFaisal, tweeted a screenshot of the incident, and SafeBoda responded saying they had suspended the rider.

Hello Faisal, that rider has since been terminated from SafeBoda as soon as it was reported. We do not tolerate such behaviour.

According to SafeBoda, Kazibwe’s number has since been given to a new rider.

Please @SafeBoda first confirm if its really true he did this. because when you pair you get different reports while as the claimant says others. That’s someones job!

Hello Josh, The original owner of that SB number wast terminated due to his bad behavior and the number given to another SafeBoda

Of recent, there have multiple reports of SafeBoda riders exhibiting unrefined manners towards customers. This has been mostly observed in the recently recruited riders. But, quite surprisingly, Kazibwe is among the first people to join the company. To address some of the several complaints that have been raised, SafeBoda recently started recalling riders for more training on customer care.