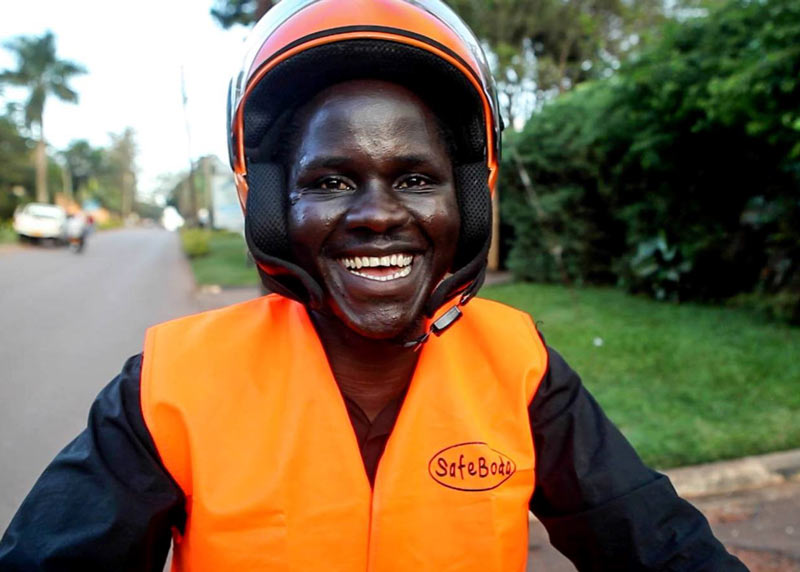 SafeBoda is planning to expand to its third city, after recently launching in Kilimani, Nairobi in Kenya, according to Ricky Papa Thompson, one of the founders of SafeBoda, who was hosted for an interview on Tuesday at Delta TV.

During the interview, Thompson said that they will be hitting Nigeria, whose capital is Lagos, next, once they establish themselves in Nairobi.

By moving to Nigeria, SafeBoda, which is now three years old, will be taking a major business step, considering the populous nation is the continent’s largest economy and it has a population way bigger than that of Kampala.

According to a 2016 survey by the Nigerian government, Lagos has 21 million people; in that year, the population of Kampala was estimated at 1.35 million. This makes Lagos an impressive market for digital taxi business, considering what boda-bodas, or Okada, in Nigerian parlance, do in jam-packed cities: facilitating faster movement.

But Lagos is already packed with some fifteen ride-hailing services, including Taxify and Uber which are already competing with SafeBoda in Uganda and somehow understand its style of business. We were not able to establish how many of the existing ride-hailing apps offer motorcycle taxi services.

Foreign expansions aside, SafeBoda is also establishing a relationship with the government of Uganda to help in its expansion plan, according to Thompson. He also revealed that their footprint extension had been hindered by the low penetration of smartphones in the country and poor road networks, especially in remote areas.

Important to note, however, is that even in areas like Kampala where the road system is quite fair, their (SafeBoda) services have come under intense scrutiny both on technical and customer service grounds. They recently started recalling riders for training.

Ricky Thompson, who was recently named among 2018 Forbes’ 30 Most Promising Young Entrepreneurs in Africa, also said that they were at a level where they had become role models to other ride-hailing companies in the industry.

“I am quite confident that I am not competing with anybody in the industry,” he added. SafeBoda is still dominating the boda boda electronic hailing industry in Uganda. During the interview, Thompson put the figure of SafeBoda riders at six thousand. However, the spokesperson recently said it is around 4000. Though there are helmet numbers as high as five thousand, there are reports that some of the riders quit the company when other companies hit the market.

Safe Boda vs Taxify Boda: Who offers the best service?