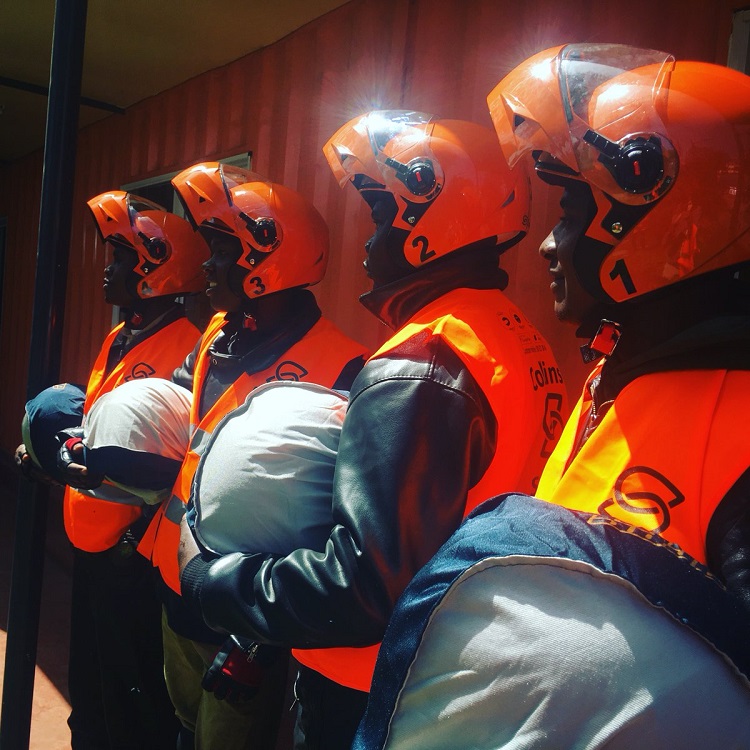 SafeBoda is laying strategies to extend its operations in Kenya, SautiTech can reliably report. Established in Kampala in 2015, SafeBoda has so far recruited more than 2000 riders, according to their spokesperson, making them the biggest motorcycle taxi (boda boda) hailing app in Uganda. Other competitors on the market are Taxify Boda, UberBoda, MondoBoda and DialJack, which is rolling out its services officially on Thursday.

According to a recent statement, SafeBoda will first roll out its services in Kilimani, a posh neighbourhood in the city of Nairobi, the capital of Kenya. Damalie Wasukira, the spokesperson for the company said they will be announcing the date of launching soon, and efforts are already underway to recruit manpower to handle operations in the populous administrative city that also hosts the Kenyan president’s official residency.

Coming very soon…at a click of a button, SafeBoda provides a safer mobile-first option for urban transportation. Sign up for our BETA app waitlist: https://t.co/ttaygqR8Kc pic.twitter.com/xLLSAWjt0l

In Kenya, SafeBoda faces aggressive competition from Taxify Boda, which launched its services in Nairobi early this year, Savvy Riders, Juu Boda, an app founded by a Kenyan Boda Boda association and MondoBoda.

While the increase in number of ride sharing apps could be seen as increased competition and maybe less business, the companies are yet to exploit, let alone penetrate the sprawling boda boda market.

In Kampala, SafeBoda, which has the highest number of riders, the count is still below 3000. This implies that boda boda riders that are already registered on these apps do not even make 20 percent of the over 120,000 motorcycles that were estimated to be in the city as of 2015. We are now in 2018, and the number is continuously growing; a 2016 survey conducted by a US-based consultancy firm TechSci Research revealed that Uganda, Kenya and Tanzania were among the top 10 motorcycle importing countries in Africa.

So, these start-ups continue to face a challenge of recruiting more drivers. With more riders in the system, it will be easier for passengers to buy the idea since they can easily hail a boda. Most people now argue that they don’t want to use apps since, in some areas, it takes a while to access a rider.

The companies have used various incentives to attract more customers and riders, including cutting transport fees to as low as 50% and giving riders more commissions on trips. However, there are still some conservative riders don’t want to buy smartphones to use the app.

The growth of these apps is potentially viable since they are gradually civilising and painting a good picture to the boda boda industry that was known to harbour criminals, a leading cause of road accidents and difficult to regulate.

With a rider’s profile in the company’s database, it puts him at responsibility to ensure that every action taken doesn’t put his reputation at risk. Riders are normally penalised for making mistakes, which is why companies have incorporated a section for commenting on a rider’s behaviour.

Most riders who have already joined don’t want to leave since majority of them will testify that their work has been made easier and they are now able to save money, since — instead of daily small portions — they now wait to collect a larger amount after a week.