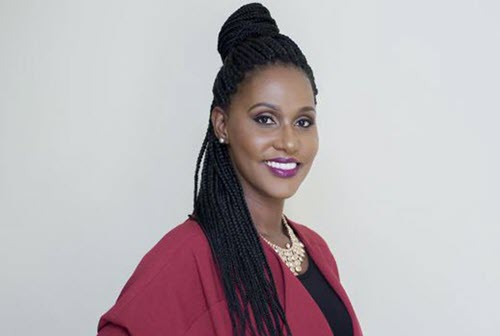 In the business life, we make deals with two groups of people – those who have become dear friends and those we keep around because of the bottom line.

The first relationship, which most people call transformational, is the kind we all crave while the second is the most dreaded: we are in it because of the current state of affairs.

The latter relationship is shallow and radically transactional. In this type of relationship, there are people we call bullies.

If you’ve been doing business for some years, you should have already encountered a bully client. Every time you think of a meeting with them, you also question why you decided to become an entrepreneur.

While you might not like these people, most of the time you find they offer what you need to stay in business. Implying, it is not something you can run away from, rather you have to learn to deal with.

Recently, someone asked Seanice Kacungira, a seasoned entrepreneur and marketer running one of the biggest digital marketing agencies in the country on how to deal with bully clients.

Kacungira approaches the question from a psychological perspective, saying that the most “fundamental” driver of bullyism is fear.

Low self-esteem, psychologists say, is one of the reasons a person becomes a bully.

If someone feels that they’re not smart enough, attractive enough or worthy enough — according to behavioral scientists — they’ll find a way to make themselves feel better about themselves. Whatever the reason is, the easiest way for them to achieve that is by putting someone else down.

Their target is always the weakest person they can find.

Against this background, she says, you’ve to sit and ask yourself what’s motivating that client to bully you.

“All bullies will take advantage of you if they feel they can push you to the edge,” Kacungira says, adding: “if they can wipe their feet on you like a doormat, they’ll.”

She goes on: “So, you’ve got to have certain boundaries with a client. Don’t be afraid. Because the truth of the matter is bullies only respect the strong; that’s the unfortunate thing… they don’t respect the meek and humble.”

To illustrate her point, Seanice Kacungira gives an example of a friend who was forced by his boss to attend a meeting at a request of a bully client yet his (friend’s) wife was giving birth.

As he entered the boardroom, she says, her friend realized none of the people in that room respected him.

“So, sometimes your client is also testing you to see how far they can go with you? How much they can push you? So, don’t be afraid to push and have standards. It’s okay… just do it in a way that’s polite and that’s courteous,” she advises.

“You have value but if you don’t see that value in yourself nobody else is going to see it,” she adds. “It’s not their job to.”

According to Kacungira, no matter how difficult it is, always remember that you’re not a servant, you are not a slave; you’re at equal footing with your client.

She says that as long as you’re good at your job, standing up to a bully client will never work against you.

“The fear is that when you stand up to your client, they’ll fire you and get somebody else. Get rid of that fear, they need you as much as you need them,” she affirms.