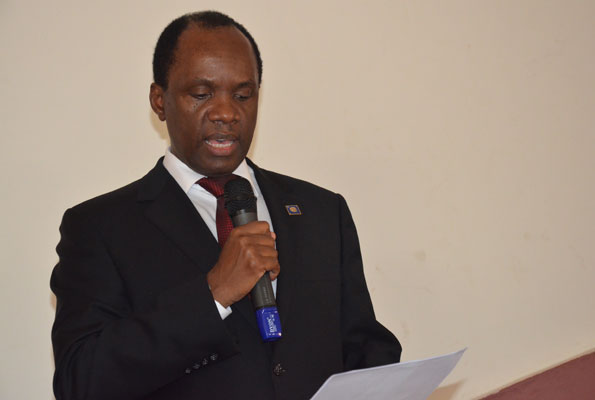 The vast majority of startups in Uganda are still struggling to attract funding.

Though a recent report by GSMA has shown that Uganda is among Sub-Saharan African countries that are increasingly gaining investment attention, when you compare with what startups in the same region are raising, the figures are really small.

For instance, the same GSMA report shows that Kenya, Nigeria and South Africa accounted for 76% of the money raised by startups in the region in 2017.

In 2015 and 2016, the figure had been more than 80%, which is why statistics painted a ray of hope for countries like Rwanda, Senegal, Ghana and Uganda because of improvement registered last year.

Most startups fail to attract investment because they haven’t demonstrated enough with their product to show that one would get their money back after taking a chance on them.

With that being said, if someone with a finished product that’s already in the market can struggle to get an investor, imagine what it would take for someone with a prototype to convince a VC to give them money to realize their idea.

Recently, a one Alvin Arnold Kitara, via social media, requested the tycoon Patrick Bitature to give his views on how you can secure investment for a prototype.

In a video response, Bitature candidly tells Kitara: “Make a good prototype then it won’t be hard to convince them (investors).”

According to Bitature, you shouldn’t get excited about the first idea that comes into your mind and immediately proceed with it to pitch to investors.

He says you’ve to keep improving it until it is in its best version possible.

“You see, everybody thinks they can do something and be an inventor… and I encourage young people to keep trying, innovation, ideas… you’ve got to keep trying,” he says, adding: “but don’t think I’ve got this right and that’s the best thing [and stop there] … keep improving on it, keep reinventing yourself.”

He says that even when people that you’ve shown your prototype seem to appreciate it, you’ve got to keep thinking about if there is another way you can better what you think is the best.

He gives an example of the British inventor Sir James Dyson who worked on thousands of prototypes before coming up with the best version of a vacuum cleaner would go on to make him a millionaire.

Bitature also advises startups with prototypes to work with people in the area they are trying to venture into so as to get the best knowledge on how to package and pitch their prototype to investors.

Another person named Rober Eric Tumuramye asked Bitature to talked about how someone can summon the courage to initiate a fresh entrepreneurial journey after a business they started was recently crushed by a series of challenges.

In response, Patrick Bitature uses an analogy of stages of development a human being goes through to explain to Tumuramye how to live an entrepreneurial life.

“Business is like life; when you’re born, you don’t know how to walk… you’ll first crawl, then you’ll walk and then you’ll run and you’ll learn how to ride a bicycle. Along the way, you’ll fall down so many times. The question is, how quickly do you pick yourself up?” he says.

“You’ve got to have the ability to pick yourself up, that toughness, that ruggedness, that perseverance, that consistency… that’s what makes a difference,” he goes on.

See: What investors are looking for in Africa’s fintech sector

Bitature says that in business, just as it is in life — you’ve got to fall down several times, you’re going to make several mistakes but you’ve got to pick yourself up quickly.

“… You do things differently, that’s where success comes from.”

According to him, it is because of failure to stand against challenges that most talented people never exploit their natural gifts.

“it’s not so much about talent; it’s a great thing to have talent but it’s the ability to be resilient”, consistent and perseverance that bring success, he explains.

“Very few people have that.”