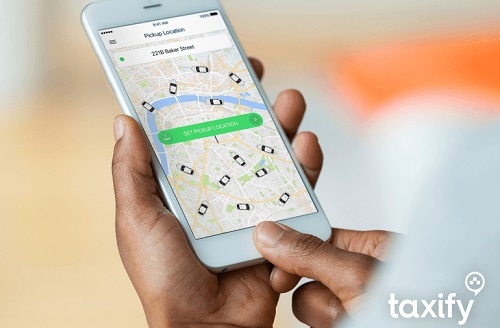 Ride-hailing company Taxify has underlined its plans to overtake Uber in Africa by expanding its operations to other smaller cities in each country.

Currently, Taxify and its competitor Uber have both been operating in only major cities in six African countries—Uganda, South Africa, Nigeria, Tanzania, Kenya, and Ghana.

However, the Estonian company is now moving to operate in smaller towns.

For example, in South Africa, Taxify is set to expand to Polokwane, the capital of the Limpopo Province of South Africa, which is about 100kms North West of Johannesburg.

It will in November also expand to East London, a city on the Indian Ocean shores in Eastern Cape.

Both Uber and Taxify have only been operating in Lagos and Abuja.

In Tanzania, while Uber has stuck only to Dar es Salaam, Taxify operates there as well as in Dodoma, the nation’s capital and in Mwanza, a tourism hotbed on the shore on Lake Victoria.

Taxify’s expansion plan has been boosted by the company’s ability to raise $175 million from investors after it was recently valued at more than $1 billion.

Taxify’s backers include Daimler, the German car giant and Didi Chuxing, the dominant ride-hailing business in China which is also known for backing Uber’s rivals elsewhere.

“Demand in Africa for ride-hailing services is a lot bigger than in the developed world and Europe because of the lack of public transport and low car ownership. And due to high unemployment, people look for easy and flexible ways to make money,” Taxify owner Markus Villig is quoted as saying in September.

Taxify plans to spend “hundreds of millions” of dollars to grow on the continent over the next couple of years.

Valued at $76 billion after a $500 million investment from Toyota Motor Corp. in August, the San Francisco-based company has more than 75 million active users worldwide.

It operates in over 600 cities, compared with Taxify’s approximately 15 million registered users in more than 50 cities.

Both companies have, however, moved to offer affordable services such as boda boda services in Uganda.