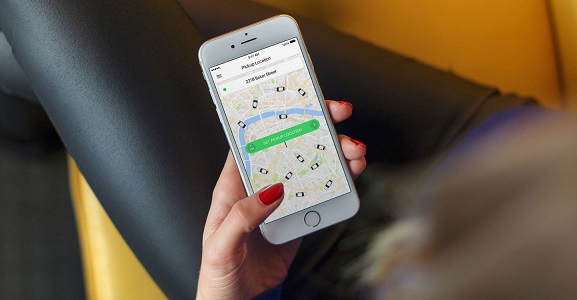 When Taxify launched in Uganda in October of 2017, the Estonian-based ride-hailing firm put forward enticing offers, convincing some people that it could be the Next Big Thing in the digital transport sector.

One of the most memorable offers was undercutting the prices of its two main competitors – Uber and SafeBoda – making it easier for people to decide on which ride-hailing app to use in areas where all the three were available.

As Taxify Uganda started gaining consequential traction in the market, Uber and SafeBoda had no choice but to copy its pricing model.

At the beginning of June 2018, having seen Taxify aggressively attracting its customers and drivers, SafeBoda introduced a 50% discount on every trip. In the following months of 2018, the rivalry for who has the best offers would become more intense, with Uber, at one point, introducing free rides to customers.

While Taxify’s pricing model must have come across as crazy to the majority of the observers, to Markus Villig, who was 19 when he founded the company in 2013, this was his long-term strategy of winning, especially smashing its main rival Uber.

Aside from insanely lowering fares, Taxify also decided to offer its drivers more commissions compared to its competitors. Whereas competitors often charge drivers a commission of up to 30%, Taxify only took 15%.

Explaining their pricing strategy, in 2017, Villig told Bloomberg: “We go into markets where ride-sharing is already a proven concept… we come in and we improve on that by having just cheaper commissions and giving more back to the riders and drivers.”

Asked if he wasn’t bothered about ‘high commissions to drivers’ affecting the company’s margins, the technologist argued: “We see that in the long term, actually, this makes more sense. If we take lower commissions, therefore, we can actually have happier drivers which leads to better service and in the long term, [it] will hopefully lead to a bigger network as well.”

MUST READ: Ride-hailing scams: How drivers/riders game the system to charge you more

But right now, in Uganda, Taxify is becoming a victim of its strategy. Recently, angry missives have been slung at the company, with the majority of the disgruntled app users saying the company is full of fraudulent elements who are taking advantage of the feeble system to overcharge customers.

On January 3, Viva Atwijukire, one of the users of the Taxify app, via Twitter, observed: “The quality and service of @Taxify_ug is rapidly deteriorating, the bodas take long, the cars always ask for more money than that demanded by the app. The quality of the drivers is questionable. Am usually a brand loyal person but circumstances are forcing me to make the switch!”

The quality and service of @Taxify_ug is rapidly deteriorating, the bodas take long, the cars always ask for more money than that demanded by the app. The quality of the drivers is questionable. Am usually a brand loyal person but circumstances are forcing me to make the switch!

Her tweet has since been liked by 180 people, retweeted 67 times and generated twenty-six comments, all concurring with what she posted.

A one Nakayenga wrote: “Many of the drivers I’ve met are really aggressive (sic) …I deleted the app.”

For Raheem Abdul, a video content creator with the technology blog Techjaja, he was displeased with the way the company handled his complaints.

“That’s Taxify!!! Terrible experience I had two days ago with them, and they don’t even have the courtesy to respond to my DM @Taxify_ug,” he responded to Atwijure’s tweet.

That’s Taxify!!! Terrible experience I had two days ago with them, and they don’t even have the courtesy to respond to my DM @Taxify_ug

Some tweeps like Conrad Kimbugwe, however, sent comments that, though doubtable, can’t be completely ruled out. Kimbugwe says he was nearly assaulted by a TaxifyBoda rider.

One of the riders threw a stone at me….??‍♂️ https://t.co/BqlB6ITkjX

In 2018, a rider with SafeBoda grossly abused a passenger and he was later fired from the company.

In August of 2018, a driver attached to Taxify assaulted in a woman in Nairobi after a heated argument stemming from the app jacked up the price to a figure higher than the initial estimate.

The issues of pricing and fare scams remain a big issue at Taxify. We have previously extensively covered how drivers manipulate the system to raise fares.

One of the most common tricks used by Taxify drivers and riders is showing passengers screenshots with prices from previous trips. If you are not keen enough and impatient to wait for the feedback on your app, you’ll end up paying more than what you should have paid.

Currently, complaints of the Taxify app showing a different figure than what had been displayed in the cost estimate at the start of the trip are also increasing. Some people have been forced to pay double what they expected.

During high traffic hours in the city, Taxify also tends to increase the price rates. This is also common with Uber.

Is Taxify Uganda having a management crisis?

In Uganda, Julian Byamugisha oversees Taxify’s activities. Before joining Taxify Uganda, Byamugisha’s LinkedIn profile shows she had worked with Jumia and Kaymu, which was acquired by Jumia Uganda — implying she has an admirable experience in Uganda’s startup and technology ecosystem.

0n February 2, 2018, she was interviewed by the NTV reporter Edris Mattu to give an overview of Taxify’s 3-month’s experience in Kampala.

When she was asked what the feedback from the market was at the time, Byamugisha said: “The feedback for Taxify is great actually. The drivers love us… we believe that if the drivers are happy with the service that we are providing to them, they’ll go ahead and provide a better service to our clients… and also from the client’s perspective, clients are really happy with Taxify.”

She also said: “Well, with Taxify we treat our drivers better, we’re committed to listening to our drivers and having them help us build a better service.”

Given the current attitude toward the company, it’s highly likely she would squirm if she watched this interview today.

Since the interview, apart from customers blisteringly criticizing the company, Taxify Uganda drivers have been involved in strikes.

In October, when Taxify Uganda started motivating its drivers with incentives, some ‘smart’ drivers discovered ways of gaming the system to earn more from the project.

After discovering the breach, Taxify blocked accounts of those drivers, prompting a protest at the company headquarters. Drivers have also struck over low commissions, though this has also affected some other ride-hailing companies in Uganda.

As you scroll through the comments that are criticizing Taxify Uganda, most customers say the company’s customer service is horrible. Responses take long and sometimes people never get feedback.

The problem seems to be not with the just the customer service desk but also the entire management.

SautiTech has made several attempts to get comments from Julian Byamugisha about the company but she has never responded to any.

One time, our editor in-boxed her via LinkedIn, she suggested that she preferred questions sent by email. All the questions we’ve sent to her by email, she is yet to provide answers.

That aside, for a person running a technology-based startup to reflect a rigid attitude in the mode of communication (i.e. only talk to me by email) is quite paradoxical.

See: 4 years later, How Kampala is accepting the 6 ride-hailing companies

We’ve talked to top executives at all the other top ride-hailing firms in the country (Uber, SafeBoda, Dial Jack) and they regardless of the method we use when making a request.

Customers, surely, can’t dictate how a company chooses to communicate since some of the biggest brands like Apple have even chosen to limit social media usage but, it surely can affect the exchange of information.

Even amidst these withering complaints, when Taxify Uganda was responding to the unhappy customers, their submission was not specific on what the company really intends to do.

We're really sorry about that. Please be advised that we are in the process of ensuring that this behavior is corrected. Should you experience this please do provide us with the trip details and we will address the matter with the driver.

We're really sorry to hear about this, we are constantly looking at finding ways to improve our service. Please do share any ideas which you think might be helpful in improving the experience with Taxify.

The communication issues aside, Taxify Uganda is also being pinned for producing drivers and riders with questionable morals i.e. some have been accused of disobeying traffic rules, not carrying helmets for passengers, coming to work in dirty outfit and so on.

Their boda riders are dirty most of the times. And they sometimes start the ride before they reach you. I one time saw the ride start before the guy came to the place where I was, so I called @SafeBoda.

So on 31 I call I get @Taxify_ug guy and am going to Nalya, and the guy is like, how much are you paying me, so I tell the guy, what the app says, and he is like we have to negotiate. So WTF is happening to you guys

This implies that the company is putting less time in training its drivers. For instance, some of the tweeps pointed out that some of the riders don’t know how to use Google Maps.

Though some other companies also face similar challenges, SafeBoda decided to set up an academy to enhance professionalization of the boda-boda industry.

So, why can’t people just quit using the app instead of whining about the terrible services? The reasons vary from individual to individual. But for perspective, some are in locations where there are more Taxify drivers and riders than other apps. Also, SafeBoda, which is the most popular ride-hailing app, doesn’t offer car services.

See: Q&A: What is Andela Uganda and how can you benefit from it?

Secondly, when you test all the apps, you’ll realize that Taxify has the lowest price estimate. The only issue has now arisen from the price being inflated at the end of the trip.

Lastly, when there are more apps in the market, it forces companies to constantly work harder to improve their game so they are not crushed. For instance, customers benefited from lower prices when the competition in the industry became intense.

These taxify drivers keep screenshots of expensive journeys and use them to cheat the client ??they be showing wrong shit

These guys are the worst

I swear taxify cn annoy…cn you imagine teking a taxify boda from lavanda hotel to Baganda road with an estimated rate of 2500 en they asked me for 6500??I died and gave up?

But @Taxify_ug drivers are becoming stupid

Guy instead of showing us what we are meant to pay.. He was showing us an old screenshot thinking we are naive or something…

One pulled this moved on us, we got out and told him we shall pay at their offices. He then pleaded saying it was a mistake?