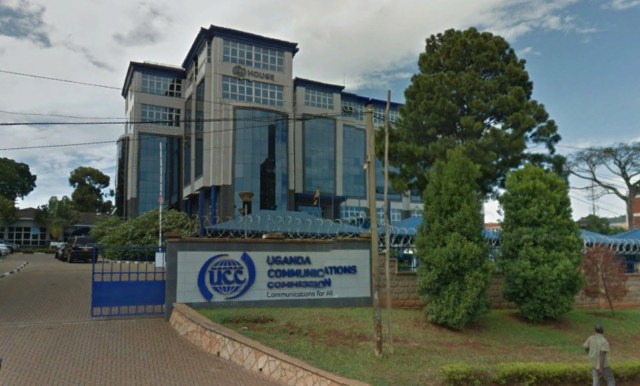 Uganda Communications Commission has finally responded to Evelyn Namara, a Ugandan techpreneur, who in February of this year attacked the Commission, accusing it of arranging a scam innovation award program.

On February 26, Namara, by way of Twitter, unleashed a tough-worded thread, saying that the Commission had refused to reward winners in the 2017 Acia winners as had been promised. The winners had been announced in May of 2017, and Namara’s startup, M-Voucher, a software that uses data and digital payments to transform cash-based programs had won US dollars 7500, or Shs28 million as per current exchange rates.

In her tweet, Evelyn Namara claimed that none of the 16 winners in the 2017 Acia awards had received full payment.

The #ACIA2017 award winners were announced at a Gala dinner ceremony on 26th May 2017; up until now, No award winner has BEEN fully paid. #UCCat20 @FrankTumwebazek @UCC_Official

After five months, UCC has finally given their side, slamming Even Namara for spreading false information, and deliberately misinforming the public.

The allegations made by Ms Namara are false. Documented evidence shows that @UCC_Official met its obligations in line with the MoU. We believe Ms Namara is being misadvised has deliberated chosen to ignore the details of the MoU that she signed on behalf of Vouch Digital.

According to Ibrahim Bbosa, a consumer affairs manager at UCC, while he acknowledges that they haven’t fully paid the innovators, he blamed Namara for deciding to give only an incriminating version of the story, yet she knows that there are certain conditions that are set for innovators under an MoU that is signed before they get money.

Bbosa who also responded through Twitter said that the reason payments delayed this year was because most of the innovators had failed to develop detailed work plans as required by UCC, which eventually prompted a meeting to help in the above.

It was observed that some innovators were having challenges developing work plans & proposals. A meeting was convened on the 7th Sept 2017 btn @UCC_Official & all the ACIA 2017 edition winners to address delays as well as provide guidance & clarification on any matters arising.

It is after the meeting the MoUs were signed and innovators would receive 50 to 80 percent of the money in January.

MoU’s were effectively signed btn @UCC_Official & each innovators btn 16th Nov 2017 & 13th Dec 2017. The innovators were subsequently requested to provide evidence of milestones achieved such that their funds could be processed, in line with the agreed terms of the signed MoUs.

Further interaction with winners revealed that many were progressing albeit unforeseen challenges. Having assessed each innovators case, @UCC_Official on 16th February 2017 advanced all winners btn 50% to 80% of their implementation grants to enable them complete their milestones

While Namara acknowledges, the part payment, she said some of the terms in the MoU “do not make sense.” A winner of multiple awards, Namara also argued that awards are always organized to recognize people for work they have already accomplished so there is no need for this strenuous process.

Once you put up a Gala dinner and announce winners, You are rewarding them FOR the work they already did. Awards are meant to reward someone for the work or achievement they have already accomplished. #UCCat20 #ACIA2017

We have been patient for close to a year – complied with all your ASKs, some of which didn’t make sense but we are left with chasing you down to get paid. #UCCat20 #ACIA2017

She also disagrees with Bbosa’s statement, saying that the money was got after pressuring UCC.

After a lot of pressure and many emails, last week the #ACIA2017 team finally sent us half (50 – 80%) payment. They now still require us to send milestone achievements for them to send the balance. #UCCat20

Acia awards were started by UCC in 2010 to encourage individuals, academia, government agencies and other entities to harness ICTs in creating solutions to Uganda’s development challenges.

Over the years, they have registered success stories, but they have also attracted withering criticism, with some people accusing UCC of soliciting bribes in form of kickbacks before rewarding the winners.

Apparently some winners of the @UCC_Official organised #ACIA awards haven't been paid. Mbu they might need to forfeit a 30% cut to "you know who".#WhistleBlowing

That being said, UCC insists that innovators must meet the set obligations before receiving all the money.

Subsequent disbursements will be made upon completion of the required milestones. However, let me make some particular comments on Vouch Digital Limited/Ms. Evelyn Namara on the same matter as follows;