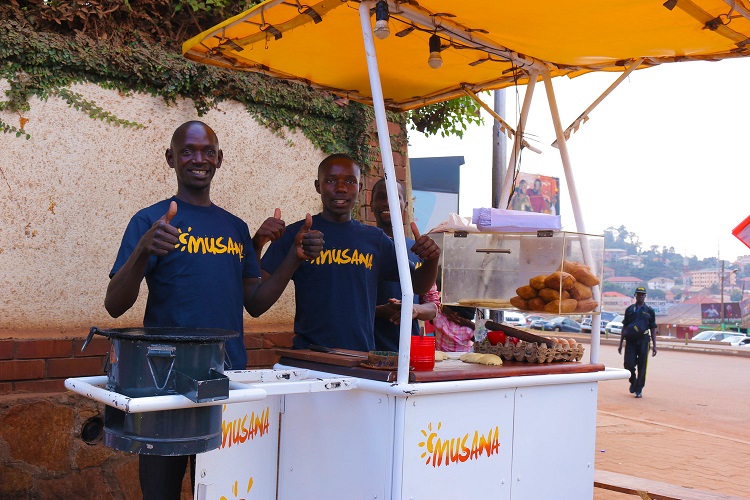 Musana Carts, a start-up that is trying to transform the street vending business in Uganda, has inked a deal with The Coca-Cola Company, a development that will the street-food vending franchise move beyond Kampala to other parts of the country.

Musana Carts, which was formed in 2016 to participate in the US $1 million Hultz prize competition in 2016, offers solar-powered vending carts that can support a fridge and stove. The carts also come with a battery backup and light which can be used at night to charge cell phones, providing additional income to the vendor.

Now, according to Nataliey Bitature, the co-founder of the start-up, they have “signed a partnership Coca-Cola”, which will see over 250 carts sold to vendors across the country.

The project will start in Kampala and they are rolling out forty carts on the city streets next week, Bitature says in a video on LinkedIn.

Nataliey Bitature, who was this year among the four Ugandans that featured in the Forbes Africa Under 30, founded Musana with Manon Lavaud, and they have since recruited other six people to join the team, according to the company website.

She says since the company started they’ve been operating 12 carts, with each housing three vendors. The vendors work in festivals, corporate events, private parties, streets among others, according to Nataliey.

The company is already recognized by Kampala Capital City Authority (KCCA) and they have partnered with microfinance institutions to help vendors acquire the carts.

Apart from giving carts to vendors, Nataliey says they also “train them in bookkeeping and finance, customer service and marketing, hygiene and sanitation.”

On why Musana Carts was started, she says: “We started Musana Carts because we wanted to bring energy into local communities where there was none before.”

Nataliey Bitature is among the nominees (business category) in this year’s Young Achiever Awards; the award ceremony is taking place this Saturday.