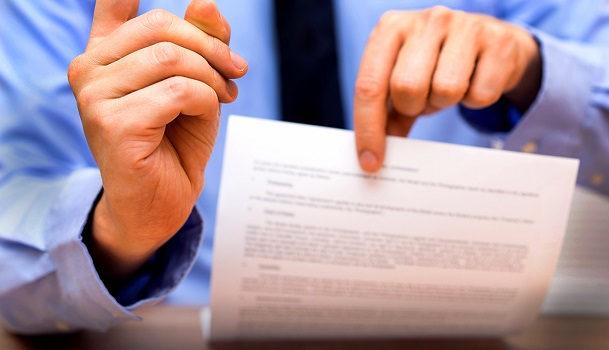 For years Charles dreamed of working side by side with his son, James, in the family business, a thriving manufacturing company that his father had founded and he had grown.

Since James joined the business straight out of college, both men assumed he would eventually take over. But things hadn’t turned out the way the patriarch hoped.

Eager to demonstrate his value to the business, James asked for, and was given, responsibility for growing new lines of business. Initiative after initiative either failed or underwhelmed, but Charles wrote them off as valuable learning experiences. Now he had a bigger problem.

Longtime trusted employees working in James’s group were handing in their resignations. Charles feared that James was never going to be able to lead this business — and worse, that he was damaging it beyond repair.

The question that loomed in his mind: Should I fire my own son?

Choosing to fire your child can be one of the most difficult decisions you can make as a leader of a family business — and the consequences will be enduring no matter how well it’s done.

Jerry Jones, owner of the Dallas Cowboys football team, fired his daughter, Charlotte, a Stanford graduate, twice from the franchise. Neither separation lasted long, and they say they laugh about it now.

But his daughter still brings it up in press interviews, which is understandable. Being ousted from your job by your own family can feel like a double punch.

We’ve seen individuals who have been let go spend more than five years licking their wounds and disconnecting not only from the business but also from the family itself before coming back into the fold.

To ward against making decisions you may regret later (both personally and professionally), think about what is driving your instinct to fire, what your options are for addressing the problem, and what the future would look like if you took that step.

Understanding your instincts and options

Instead of proceeding on a knee-jerk reaction, get to the core of why the situation is not working as you envisioned. In our experience, working sequentially through four questions can help you find a path forward that works best for you, your child, and your business.

Are expectations clear and mutually agreed upon? Ask yourself if you’ve unintentionally set up your child to fail with amorphous or unrealistic expectations. One of our clients wrestled with how long to tolerate increasing losses in a new venture given to a next-generation family member.

But the individual had been given only minimal direction. “We’ve made it his personal playground,’’ one of the older family members confided in us. “We’re just writing him a blank check.”

Without clear goals and a mechanism for feedback and development, there were no clear metrics to measure his progress and hold him accountable.

Have you clearly defined the role you’ve put your child in so that you both know what to expect? Does your child have the right experience and skills to do the job well — and if not, what is the plan to help her build that skill set?

Is your child held to the same standard as other employees with reasonable targets and standards?

If you answered “no” or “unsure” to any of these questions, ask a trusted third-party adviser (such as an independent board member) for a neutral assessment.

If there is still potential to remedy the situation, consider asking that adviser to step into a mentoring role.

Is there a cultural mismatch? Many families are fearful that their wealth and business success will somehow lead to unmotivated children.

But we often find unexpected trouble when the next generation is highly motivated to make a mark on the business, but is not yet mature or trusted enough to do so, which wreaks havoc on the corporate culture.

In James’s case, he was pushing the company to focus almost exclusively on metrics, which was in stark contrast to the family’s traditional “people first” ethos. Longtime nonfamily employees felt alienated by his exacting style and either resigned or requested transfers. As the ranks of the unhappy swelled, Charles knew the very essence of the company was at stake.

If this sounds like your situation, it’s time to sit down with your child and have a hard conversation about the values and culture upon which the business was founded. This is often the “secret sauce” of a family business’s success — what distinguishes it from any other company.

Take Berkshire Hathaway as an example: When Warren Buffett appointed his son, Howard, to be the “guardian of culture” in his succession plan, he shone a spotlight on the importance of values and traditions to the continued success of the multibillion-dollar investment firm.

Of course, performance is important. But equally critical is preserving what makes your organization an attractive place to work. Culture takes years to build, but can be dismantled far more rapidly.

Deliver a firm message: Your child will need to adapt his approach and be respectful of the company’s culture in order to be successful.

Having an outside coach (or internal mentor) provide feedback and guidance can help your next-generation leader find the balance between innovation and consistency.

Is the child in the right role? Can you shift jobs or responsibilities to provide a better fit? When it became clear to one patriarch that his son was not capable of becoming CEO, he invited him for a drink and asked him what he was truly interested in.

Outside of the pressures of headquarters, the son confided that his true passion was not in day-to-day operations but in having a platform for greater social impact.

This empowered the patriarch to appoint his son as the head of the company’s charitable foundation, which was a much better fit.

This is a tricky topic to broach with your child, but in our experience, people who are struggling know they are. They may trudge on out of pride or a sense of obligation, but it will wear them down.

As a parent, this is not a position you want your child to be in, so see if you can find a place where he or she will thrive.

Remember that rising to the level of their abilities and interests, even if not to the top of the organization, is still a win, especially if it prevents them from burning out.

It might even be better in the long run, since a non-CEO position can help your child better distinguish and fulfill duties as a shareholder, as well as understand the employee perspective.

Do not dive into solution mode to find the “right role” for your child, however. We recommend leading with questions instead of answers.

“What are you interested in?” will go a lot further than “I’ve decided to move you somewhere else.” With sensitive topics, the process matters as much as the solution.

Could you be the problem? It’s not uncommon for a mature patriarch or matriarch to resent the younger generation nipping at his or her heels to take over the business.

We saw this play out in recently in one family. The founder somewhat grudgingly gave his daughter a small spin-off venture to lead, assuming it would keep her out of his hair.

Instead, she grew it into a thriving business, one that had potential to eclipse the original. That success empowered her and simultaneously got under her father’s skin.

The two found themselves clashing in meetings, resulting in epic battles between “the old lion” and “the young lioness.”

Incredibly, the founder began to wonder aloud if it was time to push his daughter out for the “good of the business.”

Reflect on your situation. Is the problem truly your child — or is it you? This is the toughest question to ask and answer.

For a leader devoted to the business’s success, it can be incredibly hard to walk away. “Because the business still needs me” is a common rationale.

But sometimes the desire to be needed can morph into the presumption that the next generation is not and will never be ready. If there’s even a chance this is why you want to fire your child, pump the brakes.

Consider what your goal is: Is it for the business to be the best it can be during your lifetime? Or do you want it to thrive beyond you?

If you want cross-generational success, you’ll need to establish a real succession plan that parallels the development track set for the next generation of leaders.

Put one in place and stick to it, asking your trusted advisers to support you in the journey.

Firing your child (or not) is a momentous decision, one that was probably impossible to imagine when you first welcomed him or her into the business.

It’s vital to work through it carefully. This includes reflecting deeply on the implications of action or inaction, including the impact (positive or negative) on the company, the effect on family relations (manageable or not), and the knock-on effects it may have for your succession plans.

What presents itself as a stark, “to fire or not to fire” decision is actually multilayered and made infinitely more complex by family dynamics.

For example, if you have multiple next-generation contenders to succeed you, your legacy may still be assured even if you fire your child.

But if he or she is the only interested or possible successor, you’ll need to figure out how the business will continue when you’re ready to hand over the reins.

Do you want it to remain family-owned and -operated? Would you consider elevating a nonfamily executive to run it in the future? Or be willing to sell it during your lifetime?

Once you’ve considered everything, remember that process matters. You can make moves to keep your child in the business in a better position or with clearer guidelines and expectations.

If those won’t work, and you conclude that the best decision is to fire, then make the cut — but be clear which “hat” you are wearing: executive, not parent. You are letting go of your child as an employee, but not as your child.

As an oft-told story goes, one family business patriarch, wearing his “CEO hat,” told his son that he was fired. Immediately afterwards, he put on his “dad hat” and said, “Son, I’ve heard you’ve just been fired. How can I help?”

Some of the identifying details in this article have been changed to protect confidentiality.