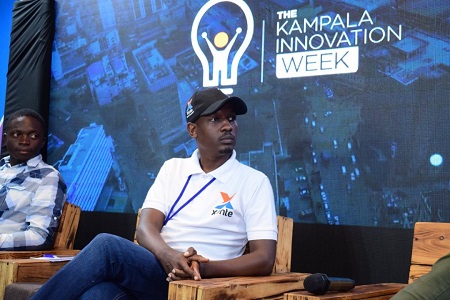 Xente, one of Uganda’s preeminent fintech companies, is spreading its service wings to more African countries.

We recently had a conversation with Allan Rwakatungu, the CEO and co-founder of the fast-growing financial technology — in which we talked about their strategy for expansion, how they’re able to expand despite meager revenue and the products the company will be unveiling this year.

Walk us through what you are planning this year

… the National Payments Act is coming out, so we are preparing for compliance, to be ready when that happens so that we can acquire a license as quickly as possible.

So, by ready what do you mean?

There are certain internal things we need to do, right? In terms of how you manage your customers, what information you collect, what internal processes you have, how your team is set up.

Because you need to report quite frequently to the Central Bank. So, we are getting ready for that.

[We’re preparing the team so we’re ready for that]

And, once that happens, expect some exciting financial services from Xente… which we might not reveal in detail right now but just know we’ll add services like sending money, receiving money… and, you know, borrowing, credit, and withdrawing from ATMs.

So, those are the type of financial services that you should expect from us this year.

And that’s big for us.

Then, we are focused on scaling the product, so we are very proud of the fact that while other startups raise millions of dollars to scale their product… with the money that we have, we are live in Nigeria.

You are already live in Nigeria?

We are live in Nigeria.

When did that begin?

And we will be live in Kenya, Tanzania, and South Africa.

Have you set the timeline for that?

Yes, we have; integration is done. We are now just doing post-production tests.

So, you know how IT projects are: so, we are saying, end of this month… Realistically, give us end of March, those will be live.

But for Nigeria, it’s already working?

Nigeria is working. And the first customers are signing up.

So, let’s see how that goes.

Segues into another topic

Expect us to deepen our catalog. So, on top of financial services, expect more exciting events on the platform, at least one active event a week where we’ll be selling tickets.

So, what limits you to get many events? Because as far as I know there are always events.

There are always events but we needed to get in touch with the event organizers, tell them what our value proposition is; all the biggest ones have agreed. So, yeah, expect more frequent events.

Expect a better bus experience. We’re currently trying to talk to the operators.

Initially, you talked a little bit about funding. You said with the little funds you have; Are you people self-funded? Have you raised a series of money? How have you been doing it?

Can’t you be exact on figures?

So, that’s from different groups of people?

One Angel. [Xente and another Ugandan fintech Swipe2Pay collected funds from a Japanese investor last year].

Does that include the money you got from the government?

So, how much did the government give you?

What advice would you give to people doing what you are doing and how they can manage to move a company, at least, at the rate you’re moving, with little money?

It’s very difficult, of course, when you are starving. So, sometimes you are defocused.

So just be hyperfocused. If you find a product market fit, which means customers actually come and use your product, just focus now.

And revenue cures all your problems. So, focus on revenue as well.

And the other thing I’ve seen with startups in Uganda is hiring teams. It’s usually a tough process, at times you can’t get the right people, at times, people want to work with established companies. I don’t know how you’ve done coz I see Xente is one of the most staffed startups in Uganda.

So… I think 1) we need to be very clear, right? We are not yet successful.

Shit can hit the fan any day… so we’re still hustling. We are also trying to figure it out. Probably we don’t know what we are doing. But we are doing the best that we can.

I think it [also] helps to have clarity of vision because as a startup there’s something you want to create and if you can communicate that clearly to your team and get them to buy into it, I think that’s important.

Because, one thing I always tell my guys is that, it’s more exciting to work here than, say, a bank. Because you can earn three or four times from a bank but you’ll be photocopying, you’ll be, right?

You are building stuff, things change very quickly, you are going to into new markets. You won’t be as loaded as your friends in the bank but I think you’ll learn a lot.

And Jack Ma said, you should spend, from campus to thirty, spend it at a startup; Why? Because that’s where you learn real business. Finance, risk, compliance, marketing, tech, everything…

As you expand, what has been your criteria for picking the countries you move to?

Usually, it’s two things: size of the market 2) how advanced their technology is [it makes integration easy]

So, how big is the team now?

Any other product you are working on?

We shall be releasing Xente for iOS soon (We’re waiting for approval from Apple). Our website sucks, so we’re also trying to redo it?

I think maybe as… why Xente exists, why we are trying to do what we do.

If you look at the world today, and the way it exists, right? There’s analog physical economy where, you know, people go to physical shops and they use cash, right? In their everyday lives.

Even things like Airtime, that’s why you see people still screaming about scratch cards. Because they are used to that analog physical economy. So, consumers and businesses, that’s the life they are used to, that’s most of Africa.

What we believe at Xente is that there’s more value in the digital economy for all actors.

So, for consumers, you should be able to get whatever you need in your life, anytime, anywhere, right?

So, get on your phone, get on a website, buy whatever you need in minutes, in seconds, and have it there instantly.

And so that is if you are in the digital economy, right? As a consumer, you benefit from the convenience.

… And the fact that you’re leaving a transaction trail if you are ever short of money and you need extra credit to complete the transaction. So, there is that value for a consumer, right?

And, so, that’s what we’re trying to do for the consumer.

For businesses, a lot of them are also still stuck in the physical analog economy. So that’s why they pay rent, they sit there, they wait for a customer. But in the digital economy, you can put the product in the digital stratosphere or atmosphere, whatever you guys call it, right? And have your product bought any time of day and night from anywhere in the world, right? Without hustle.

And avoid all these things – fraud… and for us we believe that businesses do not, whether small or big, if they do not move into the digital economy, they’ll absolutely not be competitive in a few years’ time.

They may as well be dead.

And then there’s also a value proposition for government coz right now if you look… we’ve a very large informal sector. Which means, in the economy, the government has no idea what’s happening.

So, for the government, if the economy becomes digital, there is a benefit for them and the end result for everybody is, you know, economic growth, economic development.

So, that’s why we exist because we feel like we’ve a bigger mission to actually participate… there are other participants in this movement – the telecoms, banks, just to mention those and government as well.

But to be one of the active participants in transforming Uganda’s economy, Africa’s economy by bringing consumers and businesses into the digital economy.

So that’s why we exist, so, we encourage everyone to use Xente.