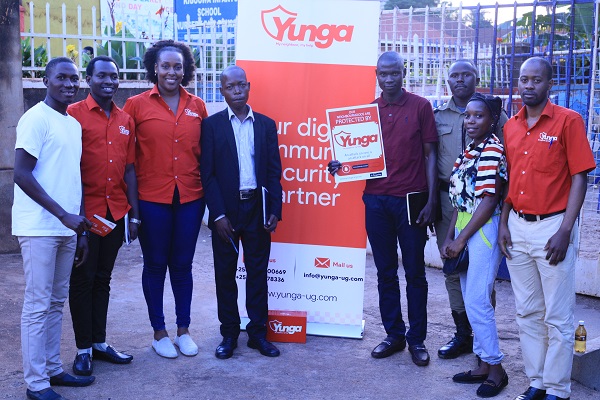 At the back of winning of this highly regarded prize, Yunga had beaten local startups at the Innovating Justice Challenge 2018, organized by The HiiL Justice Accelerator, which the company says is now their main investor.

The funds collected from these two prestigious programs have helped the digital security startup to make its first big move by conducting a pilot project in Kigowa Village, Ntinda Parish, Nakawa Division, Kampala.

For starters, Yunga Technologies has developed a security system that helps people living near each other (apartments, gated homes, etc.) to easily communicate in case of a security breach.

On Sunday, the security team in Ntinda headed by Assistant Superintendent of Police (ASP) Moses Ojok, the Officer-in-Charge (OC) of Ntinda Police Station invited the company in a village meeting so that it can speak to more residents and explain how the digital security system works.

According to ASP Moses Wegulo, the OC Kigowa Police Post, the invite was prompted by the experience they’ve had using the system at the Police Post.

Yunga has already installed their system in twenty homes in the area and police, which is the respondent to emergence calls – was also connected.

ASP Wegulo urged locals to acquire the system developed by Yunga Technologies since it will reduce the time it takes for people to contact police in case of danger.

The making of Yunga system

The system is made up of different devices. There is the Control Center, which has three buttons.

The Control Center also has a screen that displays the name of a person being attacked.

They have also created a motion sensor to be used when you’re not at home. When at home, you can decide to deactivate it. 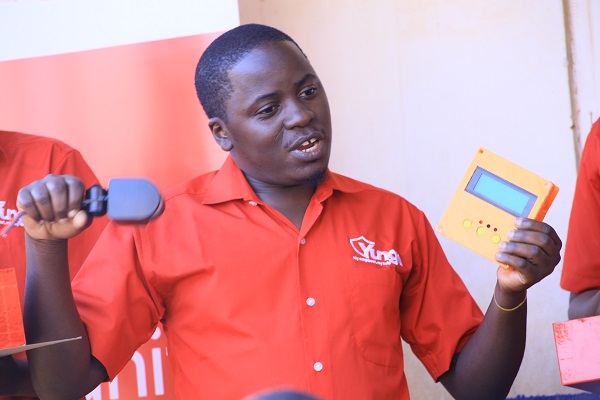 Yunga’s system also has an application which helps you to remotely monitor the Control Center. It also allows you to add phone contacts of neighbors so that you can alert them when you are attacked. (Even those without smartphones can be added in the customized contact list.)

The neighboring police posts are also connected so that they are always alerted when danger is happening. This eliminates problems of calling the police and find call traffic or having to first travel to report a case. 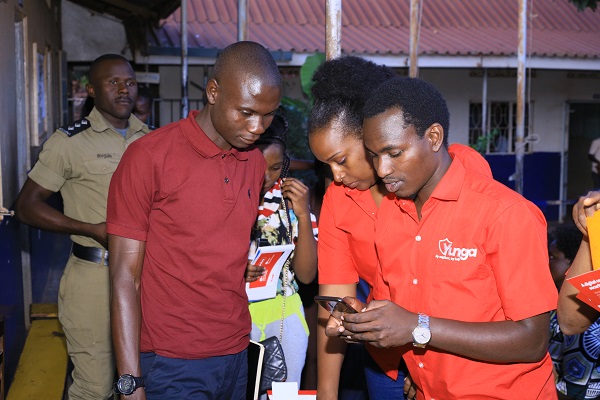 Wegulo said the system “will help us (police)” if people embrace it. “It will speed up the rate at which we respond to emergencies.”

According to him, “the principal target of response it to get the suspect. So, the earlier we get notified, the better.”

At the meeting, the 4-person team of Yunga was led by Anatoli Kirigwajo. The others are Nasser Kawesa, who heads hardware development, Fadhila Saad (business development) and Fredrick Kasoma (software developer).

Speaking to residents, Kirigwajo who thoroughly explained the company’s vision as far as easing community policing goes, said that “you can’t have peace if you don’t have security”.

According to him, though there are already efforts being taken by security agencies through community policing, enriching these initiatives with cutting-edge tech solutions will make police’s work easier.

“… instead of making noise and sometimes you don’t get heard, why not press a button on your phone and alert everyone through a digitally connected system?” he said, speaking more to how their system can add value to society vigilante groups. 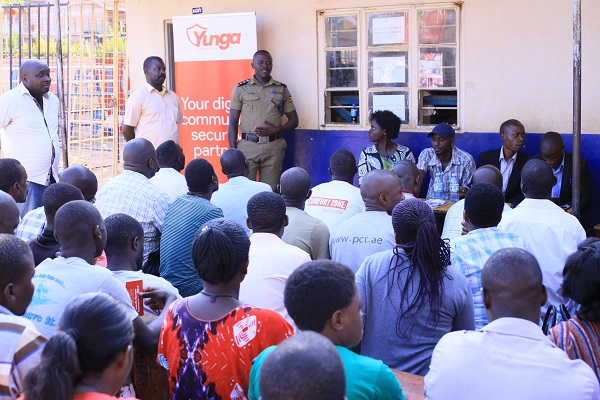 On his part, Kigowa LCI Chairman Julius Mawanda said that they allowed Yunga to install their system in homes in the area because they “realized they (Yunga) have a good product.”

Sarah Nanyonja, Chairperson LCII Ntinda: I love the product and I will be involved in informing more people about it.

James Mbidde: When a thief attacks your home, sometimes the shock that happens at that moment affects your decision making. For instance, you may find it hard to easily get the police officer’s number or have the time to make noise to alert your neighbors.

But I am sure it won’t be hard for someone to just press a button and the thief is scared off by the alarm noise or the neighbors are woken up to take action.

Andrew Madowa, the defence secretary Kigowa: I love how it (Yunga system) can help you reach a lot of people in just a few seconds.

5 best ways to improve the sound on your TV