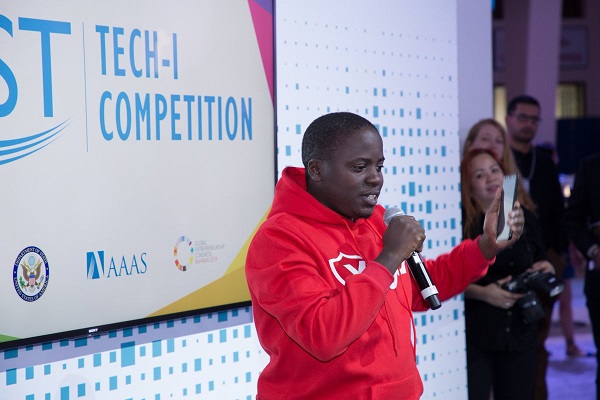 Ugandan startup Yunga Technologies wowed the Global Entrepreneurship Congress with its idea for securing Ugandan homes and communities with cutting-edge innovations, moving judges at the Technology Idea (Tech-I) Competition to announce them among the winners in the prestigious competition.

The GIST Tech-I pitch competition, which is funded by The U.S. State Department’s Global Innovations, was held in Bahrain on April 14-16.

Yunga Technologies, which was represented by the team lead Anatoli Kirigwajjo, has developed portable devices and mobile applications through which people in a home or staying in neighboring houses (apartments, gated homes, etc.) can instantly communicate together in case of a security breach.

According to organizers, over 500 up-and-coming entrepreneurs submitted applications from which judges selected twelve finalists to compete in the “idea” stage and twelve in the “startup” stage.

Must read: Govt to build 42 innovation hubs across the country

Other winners are Azaad Health Private Limited from Pakistan, GFF Innovations Pvt Ltd from India, Brighton from Mongolia and Black Square from Colombia.

Queenny Alvarado, for her startup, Anuka, which is based in Ecuador, was announced the Outstanding Female Entrepreneur.

Since its inception in 2011, GIST has engaged more than 27 million entrepreneurship community members from 137 emerging economies and has mentored over 8,700 startups.

Swvl: Why we are opening bus-sharing service in Kampala