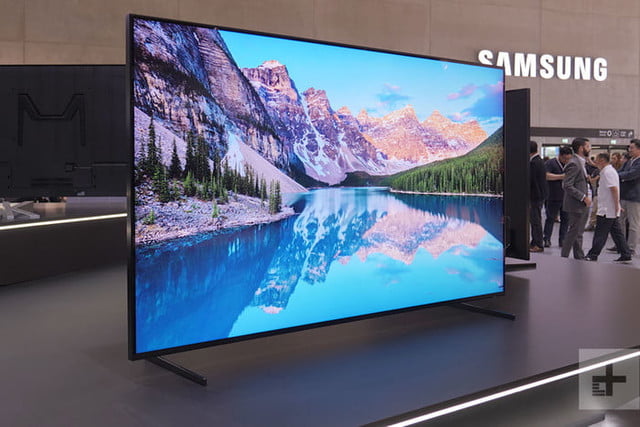 4K resolution is pretty much the standard for televisions now but there’s a new resolution that is starting to flood the market. If you haven’t upgraded to 4K or just did, the news of the 8K might not come lightly to you.

8K is a higher resolution standard than 4K, quadrupling the total number of pixels just like 4K did with 1080p.

Where are 8K tv and how are they priced?

8K TVs aren’t currently shipped worldwide and but this will change in a few years. 8K is coming, but it won’t be feasible for consumers for a while.

Samsung unveiled the Q900FN TV at IFA earlier this year, and it looks like the first consumer-available 8K TV to be released by a major manufacturer.

Samsung plans to release the Q900FN in the United States in late October. Manufacturers haven’t announced pricing or availability information for the TV.

8K TV is bound to be superior to 4K TV. But to a consumer, the differences could be hard to nail down since other factors such as screen size and distance come in.

The difference might not be noticeable if viewed from a close distance and viewed on a TV smaller than 40 inches.

Just as it’s hard to differentiate between 1080p and 4K on smaller screens.

Is current content upscale able to my new 8K TV?

For those looking to purchase 8K TV’s in the next one or two years, there’s currently no consumer 8K video content available.

Since there’s isn’t any broadcast or otherwise live streaming 4K content right now as yet, 8K is still a long shot.

And in order to enjoy 8K resolution, one will need new cables and new devices that can handle the resolution.

Must read: What you need to know about eSIM

The new HDMI 2.1 standard supports an 8K resolution at up to 60 frames per second, and it requires almost triple the bandwidth of 4K-capable HDMI 2.0.

That means your current Blu-ray players, media streamers, and game systems will top out at 4K. You’ll need new HDMI 2.1-equipped devices that can process 8K video and output it to an 8K TV.

There seems to be no direct answer to this. While consumers are still currently processing the idea of 4K TV, 8K might not be a priority for the environment.

Demand for 8K resolution content is what will help drive 8K TV supply. But at the moment, no pricing details for 8K are available and information on the resolution is still thin.

Devices that can process 8K content such as HDMI cables and the rest have still not yet been manufactured. Since 8K is an improvement on the 4K, it’s still too early to tell.

The answer to this question will come in a few years or so.

4 reasons why a Wi-Fi router slows down over time

5 ways to locate your ideal customers on social media