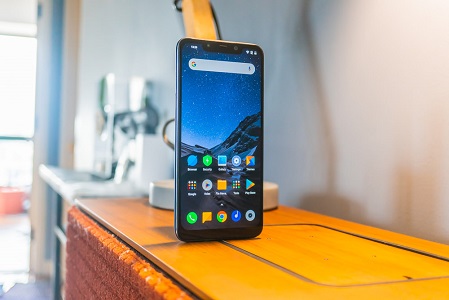 Android Q or Android 10 is underway and Google has not yet released any details about it.

Its predecessor Android Pie is still low on adoption and depending on how things go, people might end up skipping Android P and shifting to Android Q.

Below are the key features we know about Android Q so far;

Most of Google’s standalone apps have been getting dark mode versions since then. Google might now be planning to adopt a full OS dark mode.

Considering all supported apps have been switched to dark mode themes, this feature will no doubt be the central point for the next Android OS update.

Adding this feature to the overall OS update will possibly force all versions of apps to appear in night mode even those without night and dark mode versions.

The dark mode has become a big deal for apps today because it has decreased eye strain and improves readability, provides less sleep disruption, consumes less power and saves battery life and is overall good for your health.

Android Pie brought along some revamped privacy features which allow users to have more control over the app permissions.

With the leaked build of Android Q, the permissions have been enhanced once again and users can restrict apps from using location in the background.

Google now intends to give users granular control over their apps and has now added a new status-bar feature has been added that shows when sensitive phone permissions are being used and which apps are using them.

We have all seen the GPS icon show up in the status bar from time to time showing us that an app in pinging the device’s location but haven’t been getting details about which app is accessing the location details.

In this Android Q build, pulling down the status bar shows an app name next to the location icon, allowing you to easily tell which app is pinging your location.

Tapping on the icon will bring up a list, showing the same information. This feature isn’t only specific to GPS but also for microphone and camera usage as well.

“Privacy” has also got some new additions like the new “Permissions Usage” page that shows how often sensitive permissions are accessed and by which apps.

The permissions settings is also getting a few more options, too. Besides “allow” and “deny” pop-up options for permissions like location, there’s now a third option to “Allow only while the app is in use.”

See: How to run two WhatsApp accounts on one phone

For location, this would stop apps from pinging your location in the background and, instead, would only give them GPS access when they are running in the foreground.

The new desktop mode is quite similar to the Samsung’s Dex and Huawei’s EMUI Desktop. Also in this new version, we will also have native screen recording, something that was already available on ROMs from various manufacturers.

More information about new features will be added here as its released.