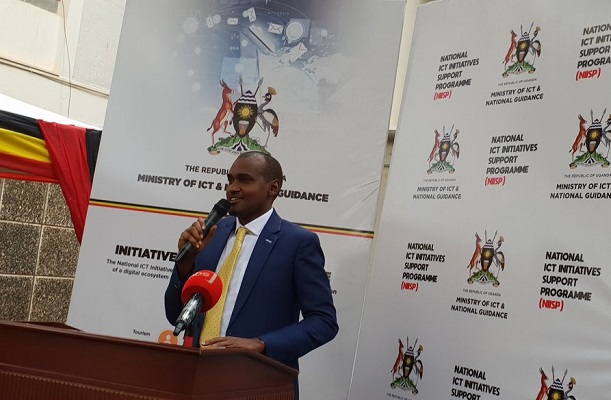 Welcome to the Wednesday edition of the SautiTech rundown of the top stories in the tech and startup space.

Bemanya Twebaze has been relieved of his duty as the administrator of Uganda Telecom Limited (UTL), ChimpReports announced Thursday, quoting a letter the Minister of Investment Evelyn Anite wrote to the Attorney General William Byaruhanga and copied President Yoweri Museveni, his vice and the Prime Minister.

Bemanya, who is also the Chief Executive Officer of the Uganda Registration Services Bureau, recently came under fire after blocking an audit into the operations of the telco and failing to secure an investor.

Ministry of ICT and National Guidance through its project dubbed NIISP has awarded sixty startups with Shs6 billion.

Happy this afternoon to have awarded the 2nd cohort of winners of @NIISP_ICT #govt grants. I thank RT Hon @RuhakanaR for being our C/guest & a great advocate of increased uptake of #ICTs across #govt. Thx to the team at @MoICT_Ug led by @Tybisa for the good job. #DigitizeUg pic.twitter.com/5npH4kenpY

We’ve not yet received the full list of winners, but some startups like Jaguza, an agritech startup received as much as Shs100 million.

We have been awarded 100 million Ugandan shillings as the best agri tech innovation in Uganda. We thank @NIISP_ICT and the entire @MoICT_Ug for this fund. The sky will just be our foundation. #InnovationUg #JaguzaLivestockApp pic.twitter.com/AmXYPCjSag

Omulunzi App facilitates boosting of livestock sector Eco-system. It is one of the Apps that received support during the #InnovationUg Awards today pic.twitter.com/f9Y6EJNuUR

Follow the #InnovationUg Hashtag to see other startups that won.

Two Ugandan startups UG Tickets and At Hause have been picked to compete with twenty-three others at the PIVOT East competition in Nairobi tomorrow, Thursday.

Organized by iHub, the event will see sixteen other startups from Kenya and seven from Tanzania pitch investors for funding.