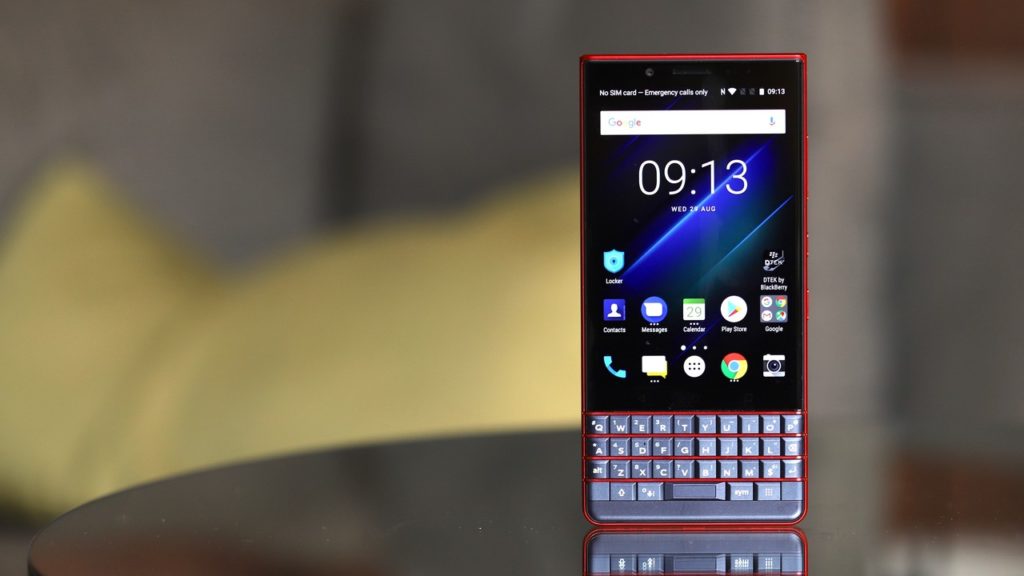 Do you have a BlackBerry phone, or are you planning on purchasing one? Your options could have to be revisited. The phone maker has announced that its partnership with TCL Communications will come to an end on August 31, 2020.

TCL is the company that has the rights to design, make and sell BlackBerry-branded devices.

The BlackBerry-TCL partnership began in 2016 with a series of devices including the DTEK50, DTEK60 and BlackBerry Keyone. These were designed and built by TCL and ran secure software by BlackBerry.

At one point a market leader, BlackBerry has been loved by its loyal fans for its unique set of smartphones with the full-qwerty keyboard. Actually, the company once had a 50 percent share of the smartphone market in the US and over 20 percent on the global scene.

However, the rise of the love for Apple and Android handsets matched with the failure to make equally good devices has not left tables up. This saw BlackBerry’s market share decline gradually. Actually the company is said to have been ready to leave the smartphone market to focus on other services until TCL came along.

Those having BB phones on them do not have to panic yet because TCL will continue to provide customer service and handle warranties until August 31 2022.

There’s however some hope for BlackBerry, as a company. With reliable and secure enterprise services as well as the running of QNX, an OS for automotive applications, we might still see some life in there. And you never know, another company might come up to replace TCL and even do better. 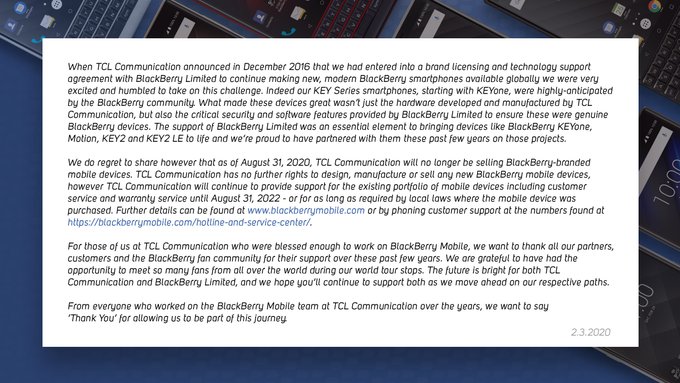