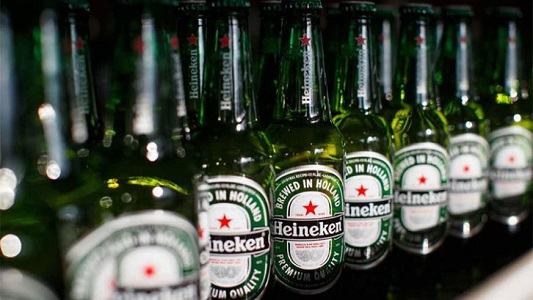 Bralirwa, the largest brewer and soft beverage company in Rwanda, has started locally brewing Heineken beer in the country, a move that will see the buying price of the alcoholic drink reduce since it will no longer be imported from the Netherlands.

According to The New Times, the brewer rolled out the first products on Thursday.

Bralirwa, which has also manufactured Primus beer, Mutzig, and Guinness, becomes the ninth unit of the Heineken Group to produce the drink locally.

The plant is located in Gisenyi.

The brewer has revealed it will be reducing the retail price from current Rwf1000 to Rwf800, The New Times reports.

In the new development, the bottles will be reusable, a move — observers say is aimed at increasing the sales of canned beer for people who like consumable packages.

Bralirwa’s unveiling of Heineken follows the recent launch of ‘SKOL Select’ by Skol, another strong brewer in Rwanda.