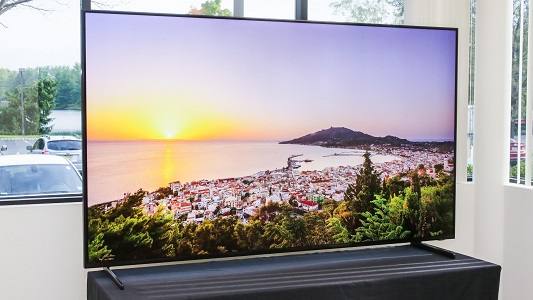 On each and every new day, a new innovation is introduced. When it comes to TV resolutions, they too have gone through tremendous improvements over the last few years.

Today, we have 8K resolution and previously we had 4K.

If you haven’t been keeping up, you should be asking yourself what 4K is. 4K has not become popular yet but that has not stopped 8K from taking over. Let’s dive into the difference between 8k and 4k TV below;

Technically, both 4K and 8K are both ultra-high definition television (UHDTV) resolutions in digital television and digital cinematography.

These to have been branded the next generation of TV video processing methods. But as the number suggests, 8K is superior to 4K.

The best way to differentiate between the two is to look at their features in terms of resolution, frame rate, audio channel and viewing angle.

This refers to the number of individual frames or images that are displayed per second in a movie, computer game display or TV.

It is closely associated with video quality in that the higher the frame rate, the more natural the motion that you can capture from the movie.

In simple terms, the frame rate looks at synchronizing audio and pictures. 8K supports frame rate up to 120 Hz progressive which is superior to 4K that supports 50-60 frames per second.

An audio channel refers to an audio signal communications channel in a device used in operations such sound reinforcement.

Must read: 5 best way to improve the sound on your TV

The 22.2 audio channel is the surround sound component of Super Hi-Vision. It is a new television standard with 16 times the pixel resolution of HDTV.

It has been developed by NHK Science & Technical Research Laboratories. It uses 24 speakers (including two subwoofers) arranged in three layers which produce superior sound.

Viewing angle is the maximum angle that people can view with acceptable visual performance on a monitor. So 8K TV allows you to watch videos via more visual angles.

Rwanda launches own version of Netflix