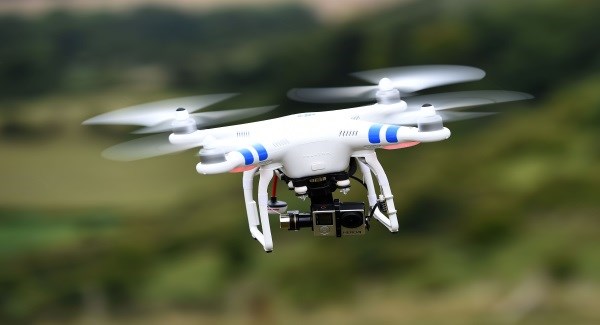 For many years, over 7,000 residents of Kyamuhunga in Bushenyi District have been earning a living through growing tea which they then take to Igara Growers Tea Factory Ltd where it is processed and sold.

However, they have been growing tea on over 6,000 hectares in a traditional way.

They lacked a technical way on how to monitor their big tea plantations such as identifying those parts that have been infested by pests or diseases and even intruders.

Mr. Moses Barugahare, a tea grower for more than 20 years, says it was not easy to move around the farm on foot and monitor its performance.

“Unless one had a tractor, you could not easily move around the whole garden to prune, identify the leaves infested by disease and even notice any intruder,” says Barugahare.

“One of our problems was that we didn’t have accurate records about the ownership and location of the tea gardens,” explains Matsiko.

“We weren’t sure who was with this, and who wasn’t, and we realised we needed to strengthen our database, geo-reference the gardens and gather a range of other statistics,” he adds.

Realising the challenge, Matsiko says that in 2017, CTA and the National Union of Coffee Agribusinesses and Farm Enterprises (NUCAFE) held the company roll out (spatial) data management systems, including the use of drones for crop scouting and mapping purposes.

Gathered data were later analysed at the factory and spatially analysed using an open source geographic information system. In 5 months, 10 enumerators moved across farms collecting vital data armed with GPS devices and tablets, and each could cover up to eight farmers a day.

At the end of the exercise, in addition to information on farm sizes and locations, the enumerators had gathered comprehensive details including alternative sources of farmer income besides tea cultivation, the age of tea bushes, harvesting methods, and causes of crop failures.

“It was one of the most elaborate exercises we have ever conducted and part of the success was due to the fact that the enumerators were able to finish their work a month ahead of schedule. To date, we have managed to profile about 4,500 farmers and mapped approximately 5,200 farms,” says Hamlus Owoyesiga, the factory network and systems administrator.

Read also: Uganda has the most expensive internet in East Africa – Report

The work of the initiative was complemented by the use of drones under CTA’s Eyes in the Sky project, which were used to pilot remote data acquisition over approximately 40 farms.

Data were used to diagnose crop health and quantify unutilized areas or count tea bushes within the single gardens.

In addition, aerial views of the farms enriched with crop diagnostic maps were used to develop enhanced dossiers farmers could submit to lending institutions for obtaining credit.

The data collected via the profiling exercise has informed the factory of the exact number of farmers it works with, as well as their farm sizes and locations, which has enabled the company to ensure that the adequate amount of fertiliser is supplied to each farmer.

The information gathered has also assisted the company in identifying problems farmers are having in terms of increasing their productivity, and as such, has enabled them to implement useful interventions, such as farmer training.

Farmer profiling means the company can now reach a bigger number of farmers with inputs, advice on improved farming practices and accessing credit facilities, within a short period of time due to data accuracy.

It has also reduced input wastage – which occurred through supplying members with too much – and the occurrence of farmers taking advantage of the system because the details for each farmer are saved on the company’s data system.

Farmers have welcomed the project, saying they are now increasing yields as timely distribution of inputs in the right quantities has allowed them to enhance their cultivation.

“The profiling has done a great job in reviving confidence in the company among farmers, and it has strengthened their identity as shareholders. Many of the farmers who had been supplying other companies with tea during recent years decided to return to our company,” says Owoyesiga.

“I have 3.5 ha and I now know exactly how much fertiliser I need to use – something I didn’t in the past. I used to waste a lot of vital fertiliser,” adds local farmer Shem Babushereka who has doubled his yields from 2,000 to 4,000 kg of leaves each month following more precise application of fertiliser.

Going forward, the project is looking to increase its use of drones by partnering with data analysis institutions like French-based Airinov. Through such partnerships, the factory aims to introduce applications that would allow for the precise application of nitrogen and fertiliser to crops, and the identification of tea bushes that need to be replaced in order to increase yields.

The factory also hopes to collaborate with other tea factories in Uganda to roll out the profiling and geo-mapping technology as one way of boosting smallholder productivity for tea – a crop that the government has identified as strategic for export promotion.