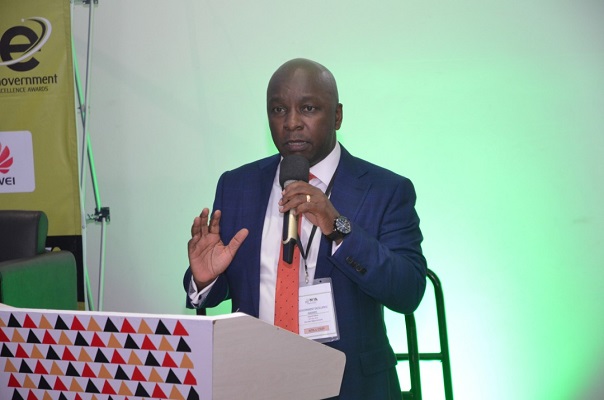 The National Information Technology Authority (NITA-U) on Tuesday morning launched E-Government Excellence Awards, a heavy project that will inspire government entities to up their game in adopting electronic service delivery. The launch was held at Skyz Hotel, Naguru in Kampala.

Themed “Bold Digital Government: Unlocking Service Delivery”, the Awards will recognize the various Government agencies that have played a remarkable role in availing online government services to the public.

Additionally, NITA-U wants to understand how ICTs can help transform Uganda and accelerate the country’s job & wealth creation and socio-economic development as well as celebrate achievements in e-government and public service delivery Services.

A number of activities will be unveiled in the course of this first-of-its-kind project. Apart from the one that happened today, the other keys ones are the expo for Government e-Services, which will take place on June 20 & 21 at Garden City Rooftop and a conference and Awards ceremony that will be held on June 27 at Speke Resort Munyonyo in Kampala.

Government agencies will be pitted against each other in the following categories: Justice, Law and Order, Health, Agriculture, Education, Accountability, and Citizens’ Choice.

The Awards will also pick the Chief Information Officer (CIO) of the year.

Global firm Ernst Young have partnered with NITA-U to ensure that there is “high caliber of adjudication and quality assurance, thereby delivering a credible and reputable vetting process.”

During the eGovernment expo that will run on 20th June 2019 and 21st, June 2019, Ministries, Departments and Agencies (MDAs) will showcase their e-services and the journey taken thus far.

This event will attract both public and private sector players: MDAs, Academia, Innovators, Telecoms, Fintech companies to showcase the future in digital governance.

Speaking at the launch, NITA-U Executive Director, James Saaka, said: “The main objective of the awards is to share experiences with various Government entities across the country with a vision of innovative administration, access to information and enhanced service delivery through the application of e-Government.”

He added: “The environment is ripe for the Government to have an expanded online presence. Citizens can now access information easier with more than 70% of Ugandans having mobile phones, 98% of Government offices having fully functional websites; 319 government applications are up and running. 81 e-Government services are now accessible through the e-citizens portal www.ecitizen.go.ug. The National Backbone infrastructure stretches over 3000 Kilometers across 60 towns, connecting 415 government offices,’’

The awards will be preceded by a four-week campaign which will focus on sensitizing the Government, public and private sectors on the critical role ICTs play in transforming service delivery, job creation and accelerating socio-economic development.

“It’s time to appreciate and recognize performing entities but as well motivate those entities that are not yet in this digital space,” Saaka noted.

Speaking at the event, Peter Kahiigi, Director e-Government services said; “According to the United Nations e-Government survey 2018, Uganda’s online service index improved from 50% in 2016 to 57% in 2018 which puts the country in the high online service index bracket. The survey also indicated that Uganda’s e-Government development index (EGDI) improved from 36% in 2016 to 41% in 2018, which is above the African average of 34%. Uganda is currently ranked number one in Africa in cybersecurity by the global national cybersecurity index.”

He added: “This highlights the positive headway made in our collective effort to digitize Uganda. Our aim is to continue enabling the lives of Ugandan citizens by demystifying the concept of the use of ICT through the provision of reliable and consistent online government services. These awards will recognize the strides made in that journey.”

“Huawei fully appreciates the role ICT plays in developing countries and we are always eager to promote activities that can transform service delivery through the use of ICTs. That is why we partnered with NITA-Uganda on this.”