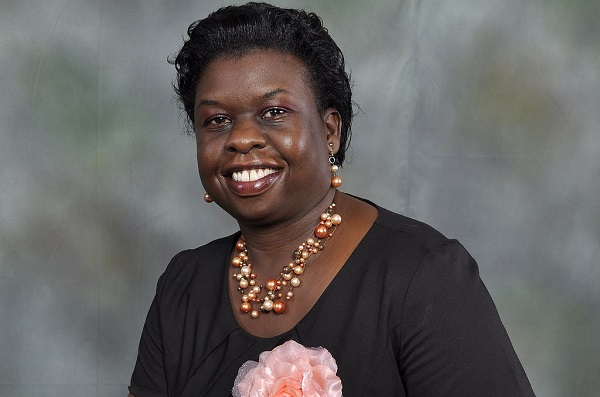 The system, commonly called e-tax, was initiated by to allow the electronic mode of registrations, filings, and payments related to tax to improve service delivery and boost revenue collections.

E-taxation is a very specific form of E-Government that supports tax authority processes that include workflow systems and electronic record management, on the one hand, knowledge management, and automated risk analysis to assess the credibility of tax returns on the other hand.

To achieve this, the government decided to computerize revenue collection and administration in the customs and excise department by introducing computer software called the automated systems for customs data (ASYCUDA) which was specifically designed for customs administration. This development greatly facilitated the clearance of goods, improved revenue and strengthened the compilation of trade statistics.

URA’s e-Tax offers 24-hour online services to taxpayers. The e-tax system offers benefits both to the service provider (URA) and the consumers like the filing of tax returns in minutes compared to the old manual one that took up to two days, cost-free transaction, and less time spent on getting a Tax Identification Number (TIN).

According to the Assistant Commissioner of Public and Corporate Affairs Management, Ms. Sarah Banage, URA’s online system has achieved and from which all revenues are collected.

“For example, in the financial year 2012/13, there were 2.3 million visits to our web-portal up from 1.3m the previous year. There were 4,417,245 transactions recorded and Shs 6trillion was collected. This accounts for 75 percent of URA collections,” says Ms. Banage.

“Additionally, we received several revenue authorities from the region and continent coming to benchmark on the URA E-tax system and modules on the platform that have greatly improved efficiencies; filing ratios and collection of revenue. In 2012, four revenue authorities did visit Uganda to benchmark on the E-Tax system and operations,” she adds.

Ms. Banage says the system has simplified taxpaying procedures. “For instance, the 2.3 million payments registered through the portal meant that both the URA and the taxpayer were able to save on paper. The system received over 315 thousand returns in the same period.”

“E-tax payment platforms ease tax payment and save time compared to the old way of filing tax returns where taxpayers had to spend hours queuing at banks or URA offices,” says Ms. Akol.

URA has also implemented an Electronic Cargo Tracking Software (ECTS) that is aimed at helping Customs officials and stakeholders have real time information about the movement, location and any other developments on cargo under customs control.

URA further uses the system to monitor the movement of goods with high revenue risk on which taxes have not yet been paid destined for the domestic market and those in transit to neighboring countries.

After effecting this, URA bore a vision that goods moving along the Northern Corridor (Mombasa-Kigali) shall be monitored in real time, curbing dumping, theft and other vices that over times ensued in the transit world.

The Electronic Cargo Tracking Software cost URA a whooping US$5.2m which was co-funded by the Government of Uganda, World Bank and Trademark East Africa and was developed by Malaysia-based B-Smart Technologies as the solution provider. The money was among others used to purchase electronic seals and an impending control center, which will be housed at the URA head office in Nakawa, Kampala.

The Electronic Cargo Transfer System comprises of electronic seals and a control center. Due to the fact that the system interfaces with Asycuda World, a customs management system, it will target high risk goods.

Thereafter, a Customs official attaches a seal on a container. The seal relays accurate, real time information about the container\goods to the control center. The owner of the goods and the clearing agent also get updates. There are two types of seals. One used to track cargo and the other fixed into the cigarette lighter port, monitors units (small vehicles).

The seal sends alerts when a container is tampered with, when a driver veers off course and communicates sudden stops on the road. The seal can only be removed by Customs officials when cargo reaches its destination.

It is important to note that all the designated transit routes are geo-mapped, making it easy to detect vehicles veering off-course. The system automatically stores everything, making it possible to process data spanning over a year whenever the need arises.

ECTS comprises a central monitoring center, e-seals which communicate with the center whenever vehicles divert from geo-mapped routes or when goods are tampered with. Rapid response teams are dispatched when things go wrong.

The system is internet-based and does not require massive physical infrastructure, which makes implementation easier and faster. The e-seals’ long battery life helps to track and recover them when dumped. ECTS triggers an alarm whenever there is a diversion from the designated route, an unusually long stopover or when someone attempts to open a container.

According to URA, the implementation of the system has helped to foil highway robberies and delays before cargo gets to its destination or crosses the border to another country. The system further provides real time information on the location and status of the cargo to transporters and cargo owners or their agents as the goods are transported from Mombasa to Kigali.

Until now, goods owners relied on calls made to drivers, who often told lies on their whereabouts. The costs of physical escorts, the risk of diversion of cargo, the absence of reliable statistics, inability to know the actual location and status of goods were the challenges that prompted the system.

The second attempt at using mobile money for tax payment will allow taxpayers to use mobile money for clearance of taxes and other non-tax revenue like driving permits, passport fees, government tender fees and court fines, among others. Taxpayers will have a transaction limit of Shs4 million.

“URA is transforming into a client-centric organisation. Anyone that accepts payments to be made and doesn’t recognise mobile money payments is not client-centric,” Ms. Doris Akol, the Commissioner General URA told reporters on Tuesday.

MTN Uganda currently has about 8.7 million mobile money subscribers that URA can tap. The platform also facilitates payment of utility bills and pay-tv. According to Mr. Brian Gouldie, the chief executive officer MTN Uganda, this would take taxpayers off the queues in banking halls.