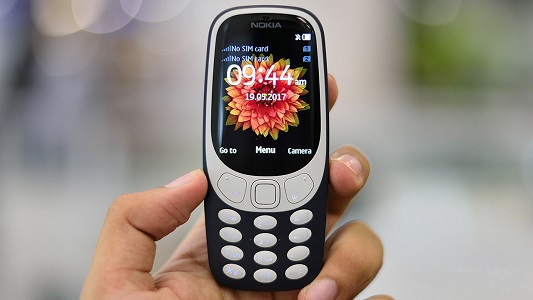 Demand for the traditional feature phones has continued to rise despite the existence of the more customized smartphones, statistics show.

Data released by Counterpoint’s Market Monitor service indicates that in the third quarter of 2018, feature phone shipments contributed to 23% of the total handset shipments.

The demand is largely from the Middle East & Africa (MEA) where shipments of feature phones grew at a rate of 32%. India comes second in the usage of the feature phone.

On the contrary, Africa’s smartphone market experienced a decline of 6.4% during the fourth quarter of 2017, according to data announced by International Data Corporation (IDC).

The global technology research and consulting firm’s Quarterly Mobile Phone Tracker shows smartphone shipments were down to 20.3 million units for the quarter, which represents an 18.0% decline.

The feature phone has remained popular due to its long battery life.

In some of the emerging countries like Africa and India, infrastructure facilities like electricity are still not accessible to a sizable population.

Where as there is an increasing usage of mobile payments in Africa, but for remote areas with no electricity, the population is dependent on charging stations.

Battery life becomes an increasingly important factor for the choice of mobile phone, and feature phones have much better battery life than smartphones.

Feature phones are also being used as a secondary device for calling by many users on account of their high battery life.

Must read: Why you shouldn’t charge your mobile phone overnight

While there has been a trend to migrate to smartphones, still for the not so tech savvy users using a phone for the first time or the older population requiring ease of use, poor quality of entry level smart phones, low purchasing power of users in the emerging markets and robust built of feature phone are some of the reasons which still makes it a popular choice among users.

Also, with 4G feature phones in the market, most popular applications like WhatsApp, Facebook and YouTube are available on these basic devices, which is enough for a segment of users, who are not willing to upgrade to the smartphone.

According to Times of India,  the return of Nokia HMD has fueled the demand for feature phones in the market.

Nokia 3310 is said to be a smash hit. Nostalgia combined with good built quality has helped Nokia become the second-largest feature phone player globally during the third quarter (Q3) of 2018.

Currently, both Itel and HMD’s Nokia hold 14% share in the global market.

Why the cost of manufacturing a smartphone will rise