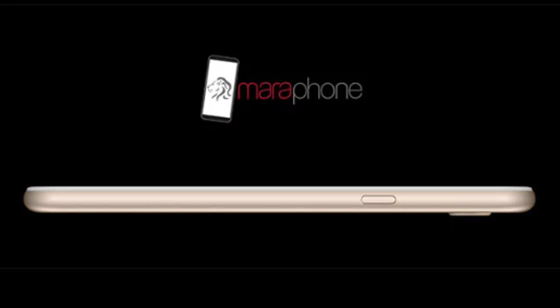 Ugandan tycoon Ashish Thakkar has announced the production of the first African-made smartphone, MaraPhone, with the first factories being set up in South Africa and Rwanda.

According to BusinessChief, MaraPhones will be launched in 2019, a push from a March report by Forbes which said that the phones would be rolled out to the market this year.

Thakkar, whose 22-year-old company Mara Group deals in a variety of technology products, unveiled the prototype of MaraPhone at an event in South Africa this past Friday.

Mara Group’s venture into the smartphone industry comes after a growing list of African countries have earmarked tens of millions of dollars to start assembling mobile phones.

Uganda, for instance, recently reached a memorandum of understanding with a US company that will see the country start assembling mobile phones.

MaraPhone will, however, be the first African-made smartphone, that is, all the production process will occur in Africa.

Must read: With an eye to the future of digital payments, Xente builds strong foundation

Mara Group has said it will invest US$104m into the project in South Africa over a span of five years.

“We all know the importance of high quality and affordable smartphones and the impact this can have on the continent. Quality smartphones mean we can truly enable financial inclusion, micro-lending and micro-insurance. This can translate into better education, digital healthcare and agriculture efficiency and improve commerce,” Thakkar was quoted by BusinessChief.

“If this is all going to be possible… we [need] quality and affordable smartphones. Unfortunately, we have quality smartphones but they are not affordable and if it is affordable, it is not quality.”

Smartphone adoption in Sub-Saharan Africa doubled over two years to reach 200 million in 2016 and is expected to reach 700 million within a few years.

This growth has been driven by the increasing affordability of smartphones, with more low-end smartphones available across the continent and a thriving market in used phones.

According to a 2017 GSMA report, as of March 2017, approximately 270 million people in Sub-Saharan Africa were accessing the internet through mobile devices.

The Maraphone phone, a first-of-its-kind in the history of Africa, will produce high quality and affordable smartphones to primarily serve the population of Africa and also with the aim to export to other continents such as Europe.

“China has Huawei, Xiaomi; the U.S has iPhone and finally Africa has Maraphone,” Ashish Thakkar said, according to Africa Development Bank.

“This project will show the potential and ability that Africa can produce high quality and affordable smartphones in Africa, by Africans, for Africans and for the rest of the world. We are extremely grateful for the African Development Banks push in this sector which greatly encouraged our progress.”