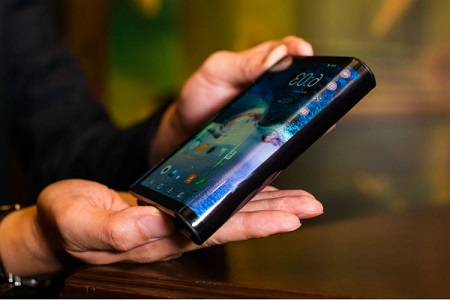 The era of foldable smartphones is here.

Every manufacturer from Samsung to ZTE is working on a flagship device for users.

ZTE is ahead of the trend, while Samsung is rumored to have a foldable smartphone and Apple has patents that hint at a future iPhone that could follow.

This is where the smartphone is headed. But why are device manufacturers making such devices?

Below I go through a few points on why everyone should be excited about this next era of the smartphone – the foldable smartphone era.

(Royole FlexPai this month became the world’s first folding phone though it received a lot of negative reviews. See video below)

2 in 1 smartphone and tablet experience

In the past, if you wanted to carry a tablet, you would need to carry your phone as well.

With a foldable smartphone, users get the best of both worlds.

You get to have two devices in one.

You can enjoy the wide-screen experience by watching the movies you like and also fold the device and stuck it in your pocket when done.

An example of a foldable smartphone is the Axon M.

Its folded dimensions of 5.94in x 2.82in x 0.48in are close to other flagship smartphones, but it can unfold to compete with 7-inch tablets.

Later versions of the Android introduced the split screen feature that allowed users to open to different apps and have them run side by side on the small smartphone screen.

But this experience wasn’t any good. Whenever one had to use the onscreen keyboard, the screen was split further to create room for the keyboard.

With the new foldable smartphones, all this is changes.

A foldable smartphone allows you to turn one display into two.

So, when you want to multitask, you can fire up an app on one screen and put a second app on the second screen.

Neither app has to get scrunched to the point of claustrophobia just to fit the other.

Smartphones will now need only one camera – superior camera

Forget the current era where smartphones carry cameras on either side of the smartphone.

Placing a superior camera at the rear end and the inferior one at the front end.

With a foldable smartphone, all you need is one superior camera to get both jobs done.

With a foldable smartphone, the second display makes it possible to take selfies and normal pictures just by switching which screen you use as a viewfinder.

That means you always get the best picture and video, and your phone won’t need to have two cameras built in with the price of two cameras.

To manufacturers, this means reduced costs on cameras since only one superior camera is required and for users, a reduced price is expected.

Foldable smartphones are an opportunity for new features

Foldable smartphones being a new innovation offer room for more features we haven’t seen in smartphones yet.

The ZTE Axon M, for example, lets two people watch videos together even while facing each other and seated in opposite directions.

This foldable smartphone era will provide room for more innovative features that haven’t been seen on smartphones before.

Do you remember the flip phone era?

Flip phones were cool in the past but their small screens and clicking sounds were some of the elements that led to their obsolescence.

But despite all that, some users still liked the idea of flip phones.

The new era of foldable smartphones provides room for manufacturers to fix all the issues people had with flip phones.

Foldable smartphones will be better designed flip phones that everyone will wish to purchase.