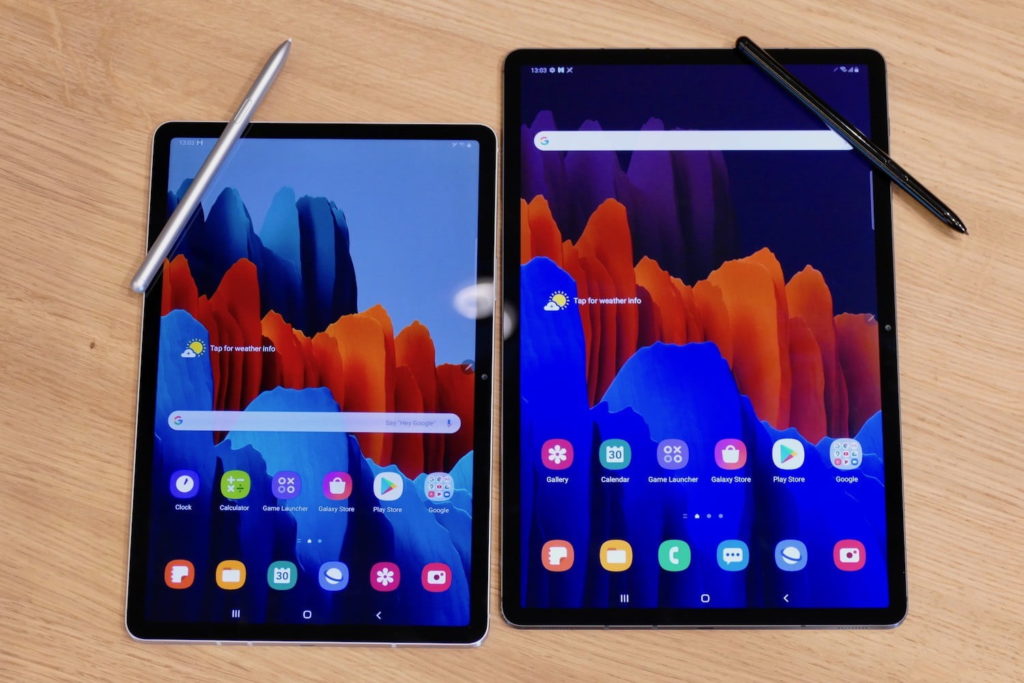 Galaxy Tab S7 and S7 Plus: Specifications and Price

Among the new gadgets that Samsung launched at its Unpacked 2020 event is the Galaxy Tab S7. According to the company, the tab is designed to “combine the power of a PC, the flexibility of a tablet and the connectivity of a smartphone”. Coming along a bigger S7 Plus, these will be the first tablets to support 5G in the US.

Let’s take a look at the specifications of each of these.

It comes in two variants of with 6GB RAM and 128 GB storage as well as 8GB of RAM and 256GB storage. The tab runs One UI 2.1 based on Android 10 and is powered by an 8000mAh non-removable battery. It comes with a fast charging 45W capability.

The Tab S7 packs a dual 13MP+5MP combination on the rear and an 8-megapixel camera on the front for selfies.

Camera and memory options on the Tab S7 Plus are similar to the standard Tab S7. It also runs One UI 2.1 based on Android 10 but is powered by a much bigger 10,090mAh non-removable battery.

The regular Galaxy Tab S7 will go for $649 while the S7 Plus will cost $849. The Tab S7 is available in three colours of Mystic Black, Mystic Bronze, and Mystic Silver.

Galaxy Tab S7 and S7 Plus: Specifications and Price