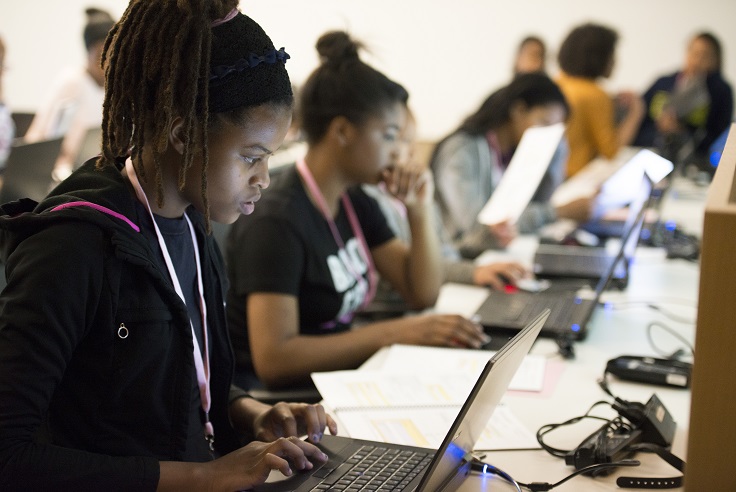 Just a few days after the celebration of “Girls In ICT” organized by Women In Tech  and UCC that recently took place at Nabisunsa Girl’s School, other programs have been initiated to bring more girls on board with ICT development.

SautiTech has established that Django Girls Kampala is organizing a programming workshop for women interested in learning and acquiring programming skills, according to their website, and the event is slated for Saturday June 16,2018 at the Outbox Hub in Kampala.

Officials say the one-day workshop will focus on learning how to use python and the Django framework to build web applications.

Django Girls is a non-profit organization and a community that organizes free workshops for women who want to venture into programming and web development.

Django Girls was found in 2014 and has provided tools, resources, support, tutorials and amazing first experiences with technology to girls in ICT community. According to a 2015 annual Report, Django Girls had organized 89 events in 77 cities across 36 countries.

The same report adds that 2785 women attended the group’s events out of the 8,600 that had applied for these events.

Python is an interpreted high-level programming language for general-purpose programming. Created by Guido van Rossum and first released in 1991, Python has a design philosophy that emphasizes code readability, notably using significant whitespace according to Wikipedia

Ladies, would you like to learn how to build web applications using python and Django? You can do just that at this year's Django Girls Kampala workshop that is going to take place on 16th June at the Outbox Hub. Sign up here: https://t.co/yXPETuokJP . pic.twitter.com/Gfh1Qws0gC

One can sign up to attend this event as either a learner or a coach to offer training to other. To Sign up for the event, follow this link.

Learners will also be guided by other trainers at the event including the founders of Django Kampala that is Mary Musiime, Angella Naigaga and Emily Karungi.

Participants in this year’s Django Kampala workshop could walk away with working applications built from scratch using python and Django.

According to the event’s program, it will include sessions on Python and Django learning, deployment on Django and finally on how to fix bugs which will enable participants to design applications at the end of the day.

Django continues to hold these workshops across the world for example San Diego and  Hong Kong. Other events to be held under this programming community in Uganda include Mbale’s workshop on 23nd June, 2018 and Jinja’s to be held later this year in November.