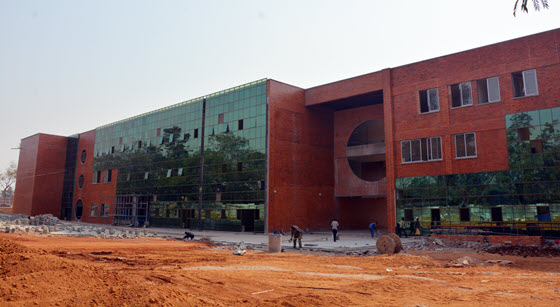 An ultra-modern high-tech school in audiovisual technology, filmmaking, and screenwriting has opened in Kigali, Rwanda, offering hope to thousands of youth in the country seeking to try their luck in the film industry.

Built at a cost of $2 million with funding from the Korea government under its development agency, Korea International Cooperation Agency (KOICA), the school is equipped with modern audiovisual studios, tools and experienced lecturers from South Korea.

The Public Asset Division Manager at the Rwanda Development Board, Mr. Felix Siboniyo, said the audiovisual school will receive and help private business people with projects that need to be developed through the use of ICT.

“This school project will focus on providing audiovisual making skills, film making and playing and creating mobile apps to be sold. All this will be on international standards and it will be made from this school,” Mr. Siboniyo is quoted as saying.

Must read: CEO Seanice Kacungira: How to improve your networking game

He added that the beneficiaries of the school trainings will also benefit from the RDB’s “Rwanda Film Office”, a project that aims to bring international and celebrated movie stars and producers to produce their movies from Rwanda.

“When a foreign movie comes to be acted from Rwanda with a multimillion dollar film project, Rwandans earn because the film crew spends nights in Rwanda and uses many Rwandan based film casts,” he explained revealing that in the near future there are film stars who will come to Rwanda.

Starting from next year, the audiovisual school, which is located in the premises of the Integrated Regional Polytechnic Centre (IPRC) Kigali, will receive about 200 trainees who will undergo between three months and one year trainings according to the needed skills by trainees and they will be given certificates.

Mr. Siboniyo said the school will enable Rwanda to increase the number of jobs created in the cinema industry as “it will train people in film screen writing and playing.’’