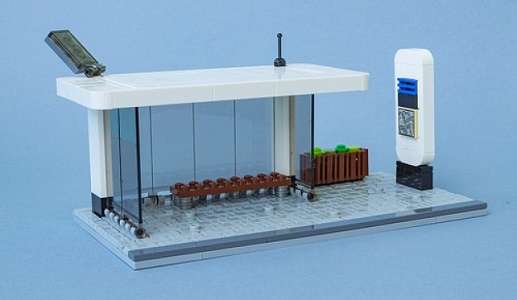 The government of Rwanda is constructing an ultramodern transport network system, positioning itself ahead of most African nations in the process of achieving smart service systems.

Toward the end of 2018, Rwanda’s Minister of State for Transport, Jean de Dieu Uwihanganye revealed that the government would this year relaunch the Internet on the Bus Initiative in Kigali so that city dwellers can access 4G internet services as they travel by buses.

The project had been put on halt after encountering wide-ranging issues, which prompted a meticulous study to discover the depth of the problem and offer solutions.

Now, as the government resumes the project – it is also setting up high technology Bus Stops that will be equipped with state-of-the-art equipment for an improved experience when using public transport means.

Quoting a city engineer, The New Times, a government-owned media publication reports that the high technology bus stops will, just as buses, will have a wireless internet connection, the shelters will also contain CCTV cameras so people can track the movement of buses; ATMs are also being erected, the facility will also have advertising screens, TV screens, ATMs, Tap&Go agents, and so on.

One of such facilities has already been constructed at Chez Lando, a location in the capital, according to Jean d’Amour Rwunguka, the City Engineer, who also  told The New Times in an interview that “within six months, at least 108 bus stop shelters will have been upgraded.”

Must read: Co-Creation Hub set to open unit in Rwanda

This project is being undertaken by a number of Rwandan government agencies and private institutions. These include Rwanda Utilities Regulatory Authority (RURA), Rwanda Information Society Authority (RISA), and Rwanda Transport Development Agency (RTDA), the Ministry of Infrastructure, AC Group that manages cashless payment of public transport fares, transport companies, among others.

As part of its vision for a smart city which has seen the rollout of smart classrooms, eProcurement services, ridesharing with Volkswagen among other hi-tech projects, the government of Rwanda in 2017 launched a 7-year programme to implement a Bus Rapid Transit (BRT) system whereby special routes must be dedicated to high capacity buses that will transport large numbers of passengers on main corridors of the city.

Under the Internet on the Bus Initiative, Rwandans taking out-of-the-city routes will also have access to 3G internet services while traveling.