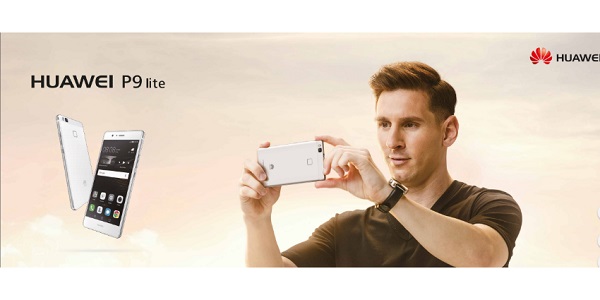 Despite multiple surveys showing that celebrity endorsements and advertisement don’t yield strong sales compared to other advertising channels, the Chinese phone manufacturer Huawei is one of the companies that love advertising with celebrities.

Hauwei loves promoting its phones with celebrities and it has worked with top-tier figures like the actor Scarlet Johansson, the footballer Lionel Messi, David Beckham’s son, Blooklyn and Henry Cavill who gained prominence and international fame for portraying ‘Superman’.

These celebrities are extremely expensive to sign endorsement deals with. Most importantly, basing on reports that portray a damning picture on ROI from celebrity endorsements, you might wonder why a company would want all these celebrities to endorse its products.

Millennials have also been found to trust endorsements by non-celebrity bloggers and ‘peers’ than celebrities.

The reason for this, according to AdAge, today’s consumer is informed, time-compressed, and difficult to impress, and they are only influenced by ads that are relevant and provide information.

“They don’t want to have products pushed at them, even from a celebrity. In fact, the data show that relevance and information attributes were key missing ingredients from most celebrity ads,” says AdAge.

Must read: Why Samsung is intentionally letting Huawei win

In the video presented at the end of this story, Marton Barcza from TechAltar gives some of the reasons he thinks Huawei loves promoting its phones with celebrities.

(The text is a summary of what’s in the video so don’t look at it as a transcription; you need to watch for further understanding.)

When Huawei entered the manufacturing sector, it became a success by selling telecom equipment like network switches, routers. It is still doing well in this field.

Huawei, unlike other Chinese brands that want to gain traction in the international market, positions itself as a Chinese grown company and most of its executives are Chinese.

The founder of the company previously worked for the government.

So, by positioning itself as a Chinese brand, to gain international attention, Huawei would have to overcome a number of challenges since the Chinese brand, until recently, was associated with low quality, copycat products, and privacy concerns.

In this context, the branding of China has largely been horrible unlike countries like Germany which are known for robust cars, Switzerland for watches and Italy for food, wine, and fashion.

When an individual or company is creating a brand, their first goal is to have a memorable brand.

Huawei as a name is first of all hard to pronounce so associating with it is really hard. It’s not a word you want to tell your friends about. There are a number of videos showing Chinese also struggling to pronounce the word.

The other goal of branding is to evoke a sense of familiarity. We feel safe and want to be around things that we are used to.

Our psychology has evolved to inform us that when you’ve been around someone and they haven’t hurt you then they are a safe company. (Watch the video below for details on this.)

Huawei by virtue of being so very Chinese feels foreign and not familiar to most people outside China.

The third goal of a brand is to promote something positive about the company. When Huawei entered the market, it was seen as a Chinese phone maker, putting it in a vulnerable position, considering what people know Chinese brands for.

To understand why Huawei loves promoting its phones with celebrities, you need to look at the following:

On hitting the market, Huawei was affected by being a Chinese brand and having a poor product.

But they had money.

When a company has money, being cost-effective, though important, it isn’t necessarily crucial.

All the company cares about at this point is growing quickly and creating impact.

So, with celebrities, despite being non-cost effective, Huawei was going to bridge the missing links.

First of all, celebrity endorsements, though they may not bring sales, they are memorable and celebrity faces are familiar.

Celebrities were the perfect solution to Huawei’s branding problems.

For more about why Huawei loves promoting its phones with celebrities, watch this video: