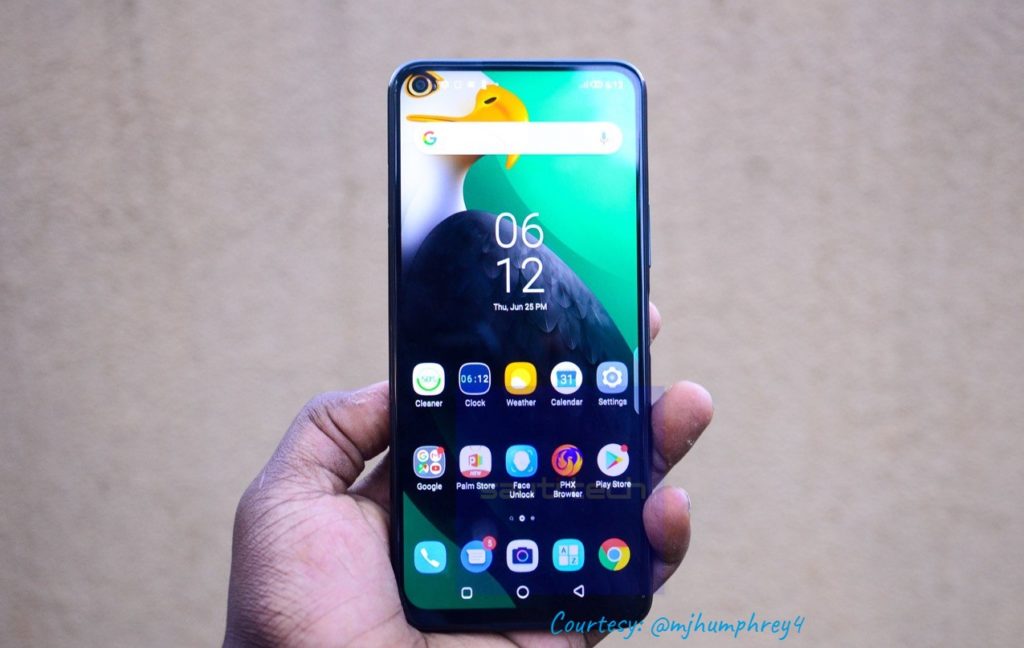 Infinix recently launched the Note 7, its latest mid-range Android smartphone. Much as the previous versions have been a competition for a number of mid-rangers on the market, this year’s release is a unique offering. It tries to define exactly what one expects of a NOTE smartphone with interesting and perhaps surprising features on the phone.

We did take a look at the first impressions (HERE) and also the reasons why you should upgrade from the Note 6 (HERE). This post is a review of the phone entirely – though the disclaimer is that we have used the phone for barely a week after its launch.

The highlight features of the new Note 7 include a strangely powerful camera, big display, large battery and XOS experience that we’ve come to expect from Infinix devices. Priced from UGX 655,000 in Uganda, let’s see if the Note 7 has enough performance and features to make it worth recommending.

The large size of the Note 7 is immediately apparent, as soon as you take it out of the box. Unlike last year’s Note 6, the 7 comes with a lot less bezels – something we’ve always wanted from the series. There are some changes from the predecessors that many would believe were bets on how receptive the audience will be.

Notes are about writing and swiping. Infinix had got us used to the X-Pen with which you can scribble anything on the phone. But probably the device made the phone unnecessarily bulky and thus the company chose to drop it. You won’t see the X-Pen on this one!

The phone however, comes with a side-mounted fingerprint sensor to help you keep it and its content secure from trespassers. Did you see that coming? Neither did we! Now, on the back – where the fingerprint sensor should have been, there are four cameras in a round shape. Again, did you see this coming? Elsewhere, there is also a Micro-USB port at the bottom in between an audio jack and grill speakers. 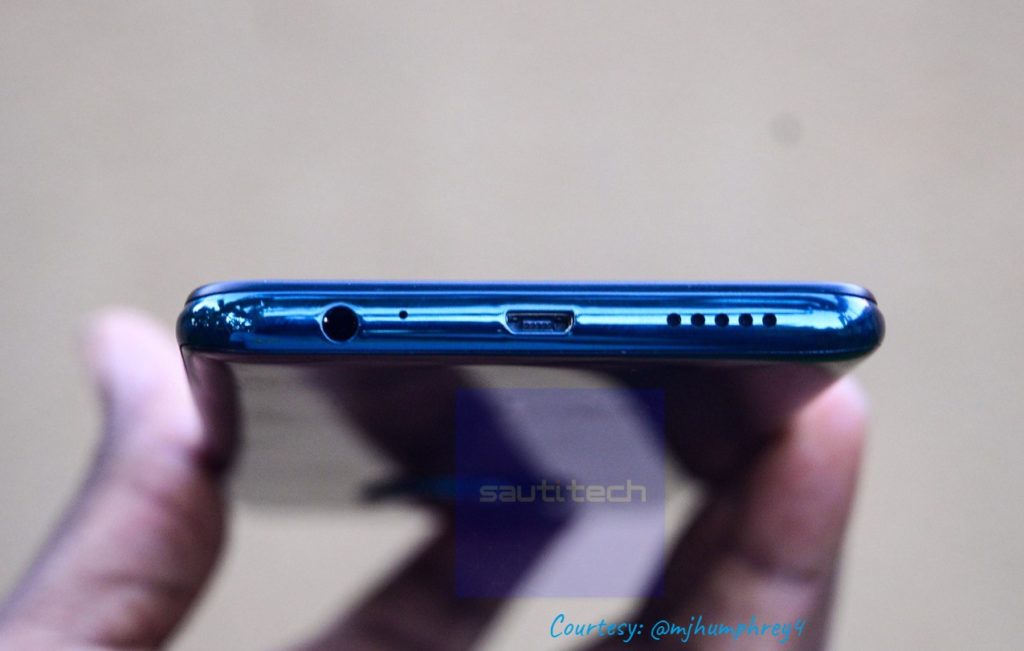 Overall, the Note 7 has a clean and simple design, which I like.

The display is a big 6.9-inch IPS LCD Infinity-O screen with an HD+ resolution of 720×1640 pixels. It boasts of a 20.5:9 aspect ratio and 91.5 percent screen-to-body ratio. Typically, this low resolution is not ideal for such a large screen, due to which text and icons don’t look very sharp.

The performance of the device is managed by the new MediaTek Helio G70 chipset which rests over an octa-core processor clocking at a speed of 2GHz. This makes it quite impressive and much more feels fluid when in use. The device also boasts of an entire 6GB of RAM paired with Mali-G52 graphics to give you a lag-free environment and add a gaming ability to it. 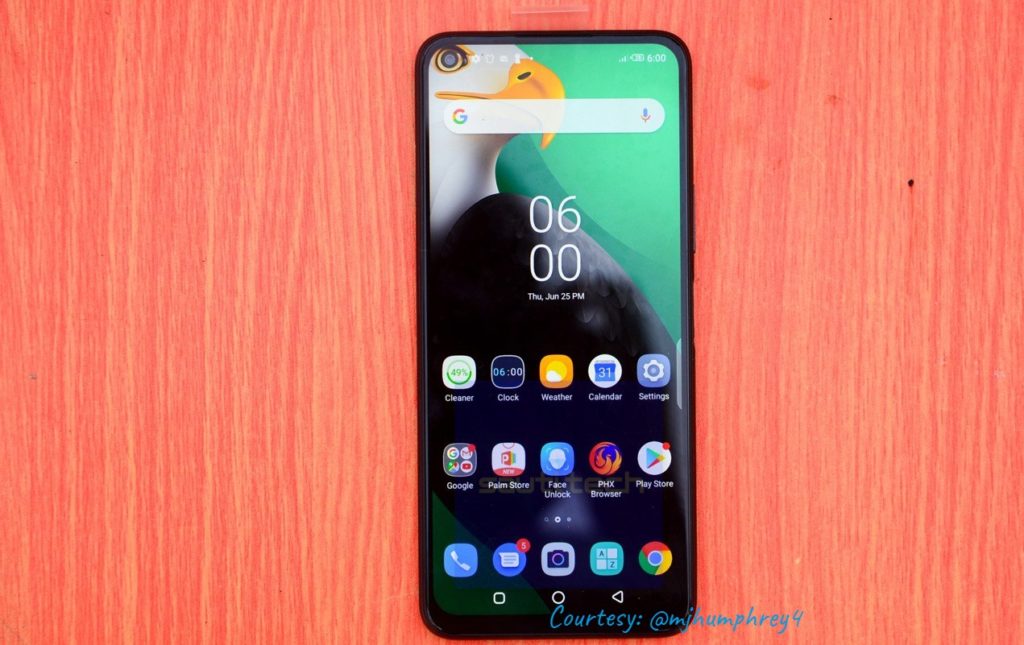 The Note 7’s general performance is decent and good to take home any day. The phone is runs on the ‘nice’ Android 10, which rather feels nothing for someone used to the XOS skin. This particular Note comes with XOS 6.0 and there’s quite a lot to enjoy from it. Something new to get excited about is the new gestural navigation that gives you an effortless display experience when using the phone. You just swipe the moments away! Or, for instance when you receive a call, you can draw the V-gesture in the air to answer and hover your Palm above the screen to reject.

The fingerprint sensor works well and is quick to unlock the phone when needed. There’s also an option to unlock it with your face. You take what you wish for!

Something I hadn’t tried out is the Live Transcribe feature. The feature helps you communicate in the moment by turning your words into text. Interesting, isn’t it?

Let’s talk battery, we know Infinix for equipping its phones with really good power. The Note 7 device carries a 5,000 mAh Li-polymer type battery. This features super-fast charging ability v3.0, re-filling at the speed of 18W. So, you can consume your power at ease with confidence that you will retrieve it back in no time when charging.

Infinix pushed the bar higher with the Note 7, delivering it with 4 rear cameras and a whole new design to encompass them. These include a primary 48MP sensor, two secondary 2MP sensors, plus a super low light video camera with Quad-flash light. 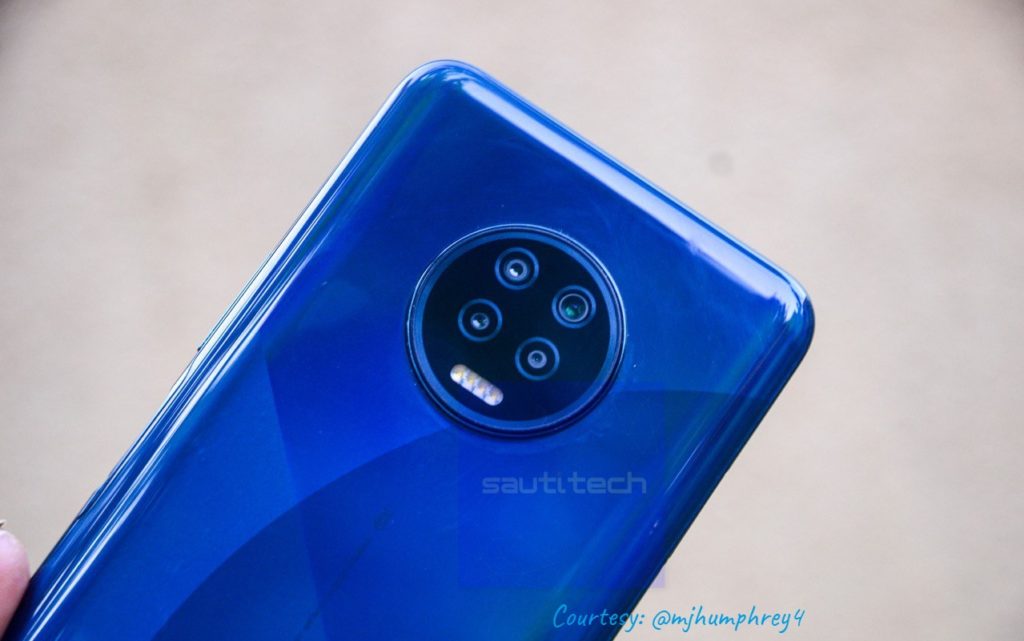 There’s a 16-megapixel selfie camera in the punch hole right in the large screen. There are quite a number of impressive features that you get to play with on the Note 7 including the exposure compensation, ISO control, continuous shooting, high dynamic range mode (HDR), digital zoom, and face detection.

The first thing you’ll want to do is make sure the HDR option is set to Auto, as it’s off by default. During the day, the Note 7 gives some well-exposed shots with perfect colours and details. You can also give close-up shots a try for satisfaction and natural depth.

And at night? The perfection goes on! The cameras are powered by advanced AI Image Stabilisation which lets the Night mode freely shoot blur-free and focused handheld photos in low-light.

Verdict: Is the Infinix Note 7 right for you?

Priced from UGX 655,000, the Note 7 offers good amounts of RAM and storage, which not many others do. I really like the simple design, large display, good battery life and no-nonsense take on software. The cameras is functional though you need to have good stability for perfect shots. The processor also feels great for gaming or doing anything intensive. The screen display disappoints a bit but we can let that be! 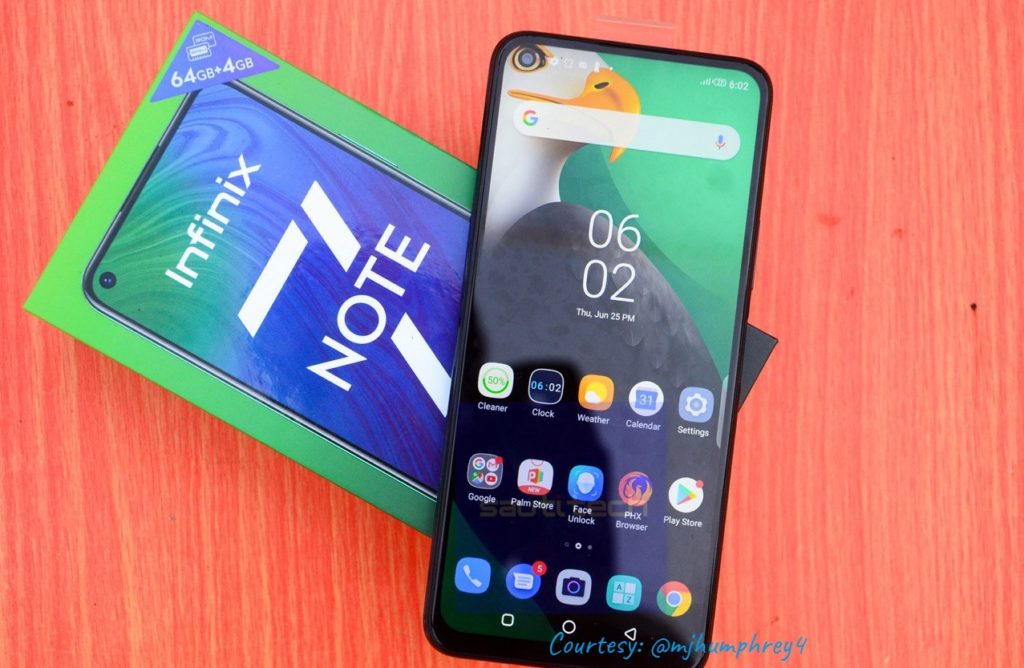 Infinix has partnered with Airtel Uganda to offer 5GB of data valid for a month when one buys any of the handsets.