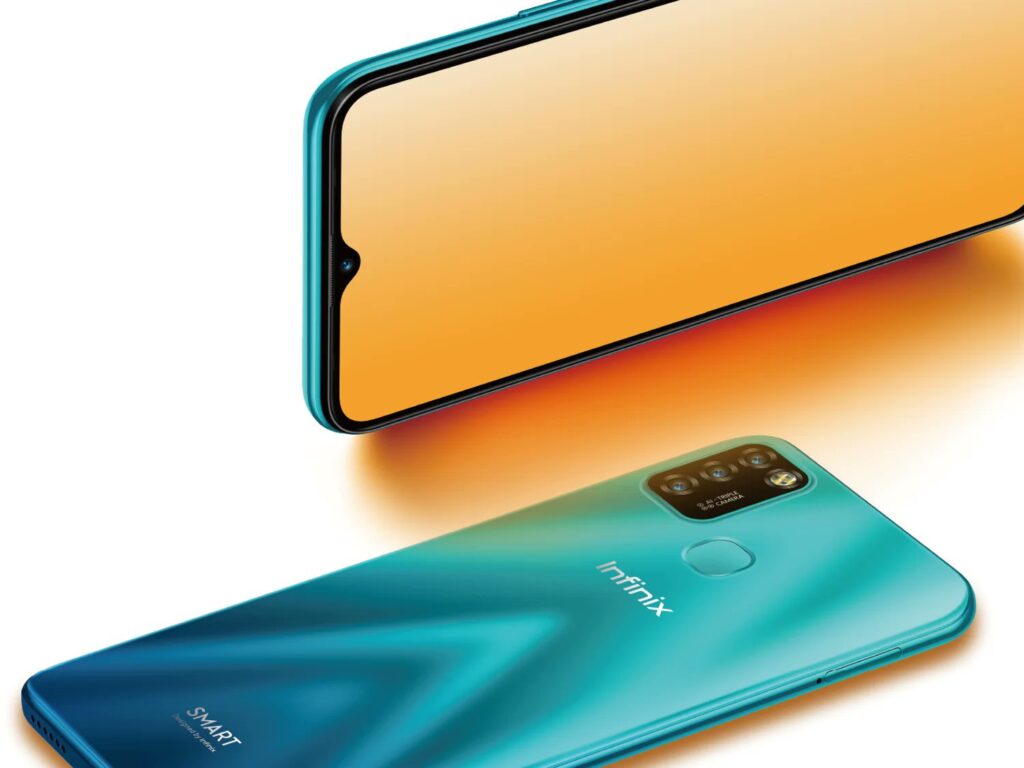 Infinix has added another device to its entry-level Smart series. The new Infinix Smart 5 adds to the already released smartphones in the other models, including the Note 7, the Hot 9, and the S5. The Smart 5 adopts a simple, yet unique, body design while coming with a big battery and large screen display.

This Smart 5 adopts the same 6.6 inch HD+ display that came on the predecessor Smart 4, while also maintaining the 720 x 1600 pixels resolution and 20:9 aspect ratio. The big screen is always a darling to those that love budget phones capable of supporting wide video streaming and gaming.

In terms of memory, the Infinix Smart 5 comes with in two variants of 2GB RAM and 32GB ROM as well as 3GB RAM and 64GB ROM – expandable to 128GB via the Micro SD slot.

The camera set up is comprised of a 13MP and 2 QVGA sensors on the rear with Triple-LED flash; as well as an 8MP front camera sensor to capture all the selfies. It is an upgrade from the single 8MP cam that the Smart 4 has on the rear.

This new Smart 5 phone comes a 5000mAh battery and 10W charging capability, another upgrade from the 4000mAh that the predecessor possessed. You also get the Go Edition of Android 10 on the Smart 5. The processor on board is the Octa-core 1.8 GHz Helio P22.

Price and Availability in Uganda

The Infinix Smart 5 costs UGX 365,000 and is available at all Infinix branded outlets in Uganda.