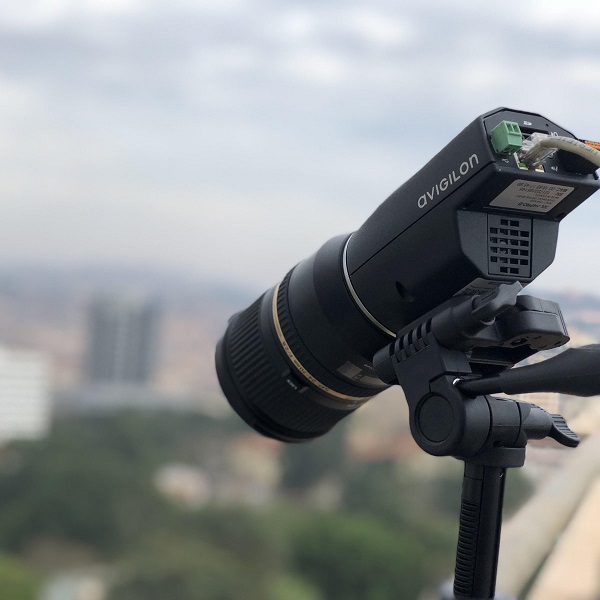 For years, Uganda has grappled with the issue of strengthening her surveillance system to curb crime, especially in big towns. As the country prepared for the Commonwealth Heads of Government Meeting (CHOGM), CCTV cameras were installed in various areas within Kampala and Entebbe. The project cost Uganda billions of monies but it is said to have never captured any criminal since its launch yet crimes continue to happen.

Amidst a recent spate of murders that have rocked the country, President Yoweri Museveni reiterated the need to install the closed-circuit television cameras, sparking off an extended uproar. This project has been in the plan for more than 5 years but the government has been slow in releasing funds, with a section of legislators blocking the project so that government first explains Shs80 billion that was spent on the Chogm project.

To install a security camera surveillance system, a lot is needed in terms of equipment and labor. With the constant evolution of technology, companies are developing different tools that can be used in surveillance, with reduced labor and resources and one of such companies is Avigilon.

In Africa, the company has a few dealers – and one of them is in Uganda. Recently, we had a conversation with Rajab Ssekandi, the managing director of National Technology Group, a 4-year-old company that distributes Avigilon products in a big chunk of Africa.

The company has so far worked or tested their products with different institutions, including National Water and Sewerage Corporation, Bank of Uganda, Standard Chartered Bank, MTN Uganda, East African Development Bank, Electricity Regulatory Authority among others. We were not able to independently verify this.

Our meetup with Ssekandi, who at the office was in the company of Johan Bosman, the chief technical officer; Sarah Nakyonyi, the manager; and Ivan Ssensamba, the director of operations, was mainly about discussing some of the solutions they offer for security surveillance. They have partnered with Avigilon for the last one year.

When a buyer goes to acquire the Avigilon security surveillance system, they are given a package that includes video analytics, cameras (sizes vary depending on what your target is), access control system among other accessories.

The Access Control System (ACC) is browser-based, which allows you to manage privileges from any workstation with an Internet connection. It’s also compatible with Firefox, Chrome, Safari or Internet Explorer.

The ACC is part of the video management software, whose other components are Avigilon Appearance Search, which enables a user to quickly locate a specific person of interest across an entire site and Rialto, an open source self-learning video analytics package that can integrate with any third party analog or IP camera.

Using High-Definition Stream Management (HDSM), a tool under video management, a user is able to integrate his or her camera, allowing their software packages with their server to reduce bandwidth and processing requirements.

“This ensures you receive uninterrupted high-resolution video footage irrespective of the number of cameras you have on your network,” says Ssekandi.

Avigilon’s most powerful camera is called Avigilon 7K HD Pro and it has a resolution of 30 megapixels. Ssekandi said when they mounted the camera on top of the Sheraton Hotel in Kampala, they were able to view as far as Namasuba, a village in Makindye Division in Kampala. The event had been organised as an awareness campaign to different government bodies and stakeholders.

Installation of Avigilon products is done only by technicians trained by the company. “Avigilon products are not on e-retail shops like Amazon or ebay; they are only sold by system integrators and authorised companies; dealers must have trained personnel to do installations, to ensure that you have the product properly installed to keep your warranty valid,” says Ssekandi.

The products are manufactured from Canada. So, a customer makes an order and NTG imports for them. For support to the buyer after installation, most of the work is done remotely by the EMEA offices in South Africa and the Middle East. Avigilon offers and End-to-End Solution.

How the system works

The Avigilon access control system is designed in such a way that you can direct it to search for a specific item when analysing video analytics; for instance, in the recent case of Abiriga murder, you can decide to use the system to review only yellow cars that used the road on that day. The system can also be customised, for instance, in offices — where you want certain areas to be accessed by specific people.

“Avigilon Access Control Manager’s mustering functionality empowers first responders to act quickly in an emergency situation by providing visibility into the number of personnel moving in and out of designated emergency areas. Mustering uses information generated from the swiping of access cards to get real-time information on everyone’s location. You can customize different areas by size, color and shape and overlay on a map or non-map view for enhanced tracking and up-to-the-second insight on the status of personnel,” says a statement on the Avigilon website.

“Define user roles and what information they can access by department, location and credentials. This allows you to ensure administrators never see any more than they need to. Avigilon Access Control Manager (ACM) integrates with your existing identity management system or HR employee database, so you don’t have to enter the same data on multiple workstations. Your company’s identities, roles and policies are synchronized across all network appliances in real-time.”

Being a web-based solution, ACM doesn’t need a person to sit down to monitor, you can get notifications via email whenever something has happened, for instance, a camera has got a problem, or the system is being compromised.

NTG is currently conducting proof of concept, or POC, with different companies including MTN, Stanbic and NWSC so that they can install the systems.

The video analytics contains sophisticated search tools to maximise investigation speed. The developers can also help you migrate analog cameras to Avigilon’s digital system to reduce costs, and without foregoing features. Their cameras are able to view multiple areas using one lens.

Using the 7K camera, you can identify a face of a person a kilometre away from you. Avigilon also has an appearance detection system for use in places like bathrooms or any areas where you can install cameras.

Asked if they have suggested the idea to the government, Ssekandi said that some government authorities have shown interest but cited bureaucracy as the reason it is taking forever to get them on board. He, however, claims that it’s a solution government needs. “It is the only solution they have to go for, because govt is an enterprise end; it should take a system that can accommodate its demands.” He says that rather than buying equipment from them, the government can give them investment capital such that they train ugandan students, who can get jobs and be used in rolling out the projects instead of spending money on Chinese companies that bring their own people. Museveni had suggested Chinese companies be given a priority in the CCTV camera project since they are cheaper, but technology consultants like James Wire have cautioned against this.

For perspective, we asked Ssekandi how much it would cost an institution like Makerere University to install the system for outdoor monitoring. He said USD200,000 (about Shs750 million). A team that was set up to investigate sexual harassment at Makerere University suggested use of closed circuit televisions as one of the measures that can be employed to curb sexual harassment. For Kampala, he said the government, for the first phase, would have to focus on key roads that connect to the city i.e. Hoima Road, Masaka Road, Jinja Road, Entebbe Road among others. We counted about 10 entry points, and a camera used to each point would cost USD20,000 before labour. He said they have talked to KCCA about this. We were not able to confirm with the authority.

Apart from security, NTG also with other companies like C-Touch to provide interactive solutions; GoFrugal, a company that develop software for retail businesses; PeopleLink, which provides video conferencing solutions among others.

Inside endorsed IT master plan to curb sexual harassment at Makerere